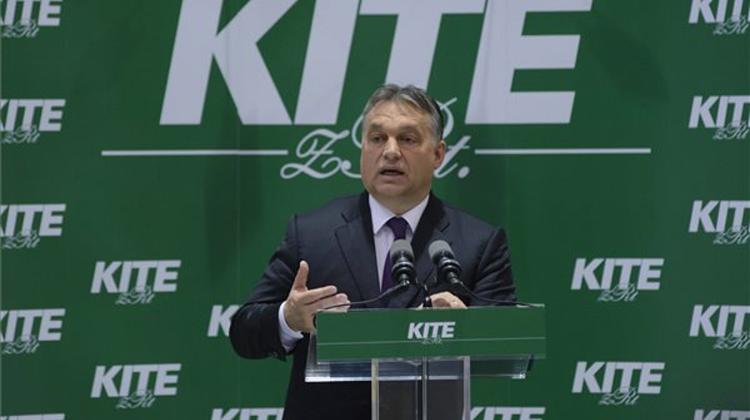 Industry and agriculture will be key for Hungary’s economic development in the next 20 years, Prime Minister Viktor Orbán said. The prime minister spoke at the inauguration of a new logistics centre for KITE, a strategically important agricultural service and trading company based in eastern Hungary’s Nádudvar.

Orbán said that the government had assisted agricultural development projects totalling 3,000 billion forints in recent years, and insisted that “Hungary’s agriculture and the Hungarian provinces are doing better”.

Hungary was reorganised in the 2010-2014 cycle, and an upswing in its development is expected in the 2014- 2018 period, Orbán said, and pointed to the importance of agriculture and rural development. He noted that Hungary’s arable land can provide food to some 15 million people.