US Ambassador Colleen Bell To Arrive To Hungary Next Week 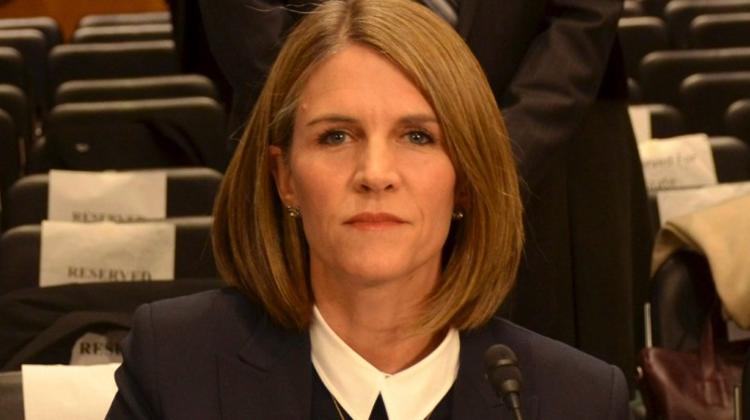 The new United States ambassador to Hungary, Colleen Bradley Bell, will arrive in Budapest next Monday, the state secretary for economic diplomacy said. Levente Magyar told public television M1 that Bell would be welcome with “a great deal of openness” and added that “Hungarian-US political discourse could get new impetus and a new, positive direction” thanks to her presence.

As it is well-known, Colleen Bell’s appointment triggered a rather tense situation between the US and Hungary, since republican senator John McCain had criticized harshly both governments in December 2014.

“Political difficulties are not leaving a mark on economic ties, which are excellent and dynamic,” Levente Magyar said. The government has signed strategic cooperation contracts with ten US companies, and out of the 50 largest US-based multinationals about 40 are represented in Hungary, he said. Hungary’s bilateral trade surplus has doubled in the past year, he added. Magyar said three US investments will be announced in the next few weeks that involve working capital investments in the range of billions of forints. He declined to reveal details but said the first of these would be announced in the next few days.

However, it has been already announced that Hungary’s government had signed a strategic partnership agreement with the local unit of US computer technology company Oracle in Budapest. The unit is the tenth American-owned company with which the government has signed such an agreement.

Speaking about various issues, including Hungarian-US relations, Péter Szijjártó, Hungary’s foreign minister also gave an interview. The possibility of expelling US chargé d’affaires André Goodfriend from Hungary has never been raised, he said to daily Magyar Hírlap. At the same time, he said bilateral relations must be based on mutual respect. “This means that we respect each other’s sovereignty, just as we respect the citizens’ decisions in each other’s countries about the future of their country. We cannot and will not make any allowances from that.”, Szijjártó insisted.