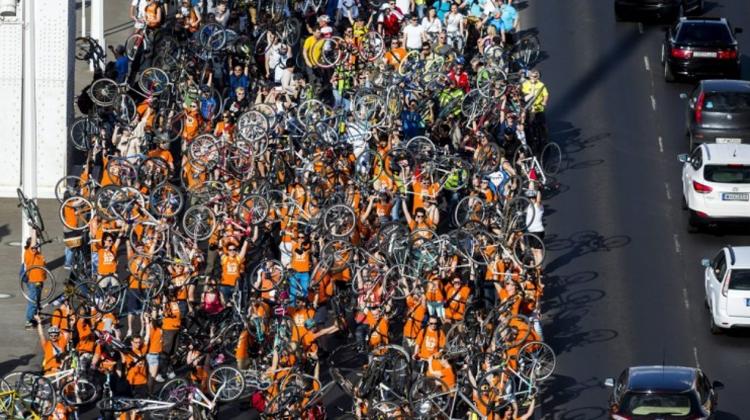 Tens of thousands of cyclists have taken part in the “I Bike Budapest” event on Saturday afternoon, the state news agency MTI has reported. The march began at Bakáts tér in District IX, central Budapest and arrived at Margaret Island some three hours later, where the cyclists traditionally held their bikes to the skies as the procession came to an end.

Their route lead across the Danube embankment and central Budapest before reaching the island. Participants were greeted in the form of a letter by Gajus Scheltema, Dutch ambassador to Hungary, who branded Budapest the bicycle capital of the region. In the diplomat’s words, the Hungarian capital is a joyful, lively metropolis where cycling culture is developing without interruption.

Previously, large processions of cyclists across Budapest were organised every spring under the name “Critical Mass”. However, these were discontinued in 2013 after organisers claimed that they had succeeded in popularising cycling.

In the past twenty years, the number of people using bicycles to get around the Hungarian capital has increased elevenfold. Despite the festival atmosphere, the event is also a demonstration to turn Budapest into a genuinely bicycle-friendly city, chief organiser Áron Halász told the news website Mandiner.hu.