Exploring Inside Hungarian Parliament With Google 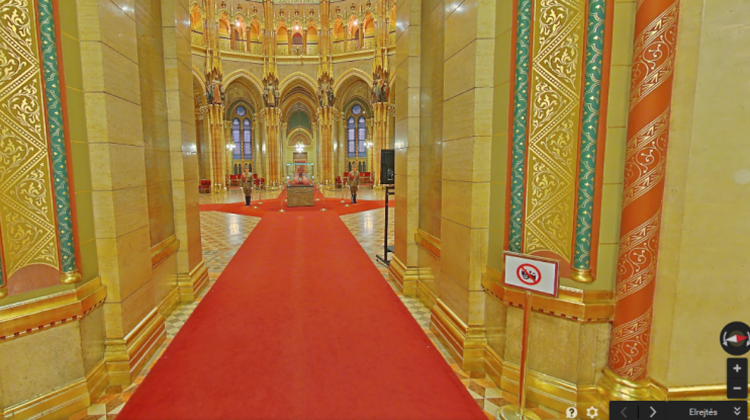 Google Street View has added a feature which enables architecture fans to roam the building of the Hungarian Parliament from their armchairs, including parts of its which are only rarely accessible to visitors.

Areas generally closed off to the public which can be seen online include the Hall of Delegations, one of the locations of Hungary’s EU membership negotiations, the enormous “Hunter’s Hall” with an unparalleled view of the Danube, the Prime Minister’s conference room, and of course, the Holy Crown in the building’s grand dome.

The pictures were taken by a special device resembling a dinner wagon which was fitted with a 15-lens rotating camera, a statement issued by Google on Tuesday reads.

The feature is the latest in a row of similar projects mapping dozens of Hungarian sites of historic, cultural or touristic significance.

Top locations already mapped by Google in Hungary include the interior of the Matthias Church, the Grand Synagogue in Dohány utca, the Tokaj wine region, the Castle at Eger, the Fisherman’s Bastion, Budapest Zoo and the Zsolnay Cultural Quarter in Pécs.

Hungarian towns an villages have been featured on Google Street View since April 2013.