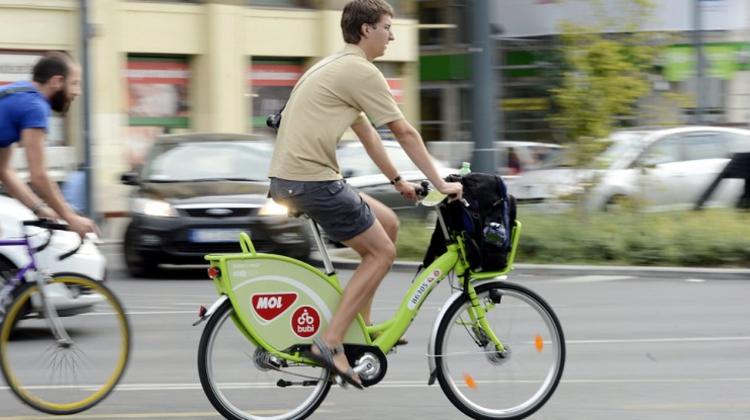 BuBi, the Hungarian capital’s bike-sharing network, is to be extended further this summer, with 22 new collection stations, 616 docking units and 50 new bikes being added on to the already existing system. The roughly HUF 180 million in delay penalties collected by the Centre for Budapest Transport (BKK) is to be spent on the development of the BuBi system and enlarging its area of operation, with the locations of new collection stations being established in cooperation with local self-governments and users’ comments on thje MOL BuBi Facebook page, a statement released by the operating company reveals.

All 22 collection stations will be equipped with terminals which enable occasional users to register and buy a ticket. The Hungarian oil and gas company MOL, whose name is carried by Budapest’s bike-sharing network, contributes HUF 122 million each year to the system’s maintenance costs.

However, the proposed locations of the network’s new hubs have been clammed by the Hungarian Cyclists’ Club. According to their opinion, some of the stations will be difficult to access and will interfere with pedestrian traffic. The investment “lacks a system approach” and the environs of certain collection stations in Buda lack cyclist-friendly modifications to the terrain, the analysis argues, pointing out that the welcomed extension of the sytem may prove to be unsuccessful due to the absence of consultation with those concerned.

The capital’s bike-sharing network was launched in September 2014.