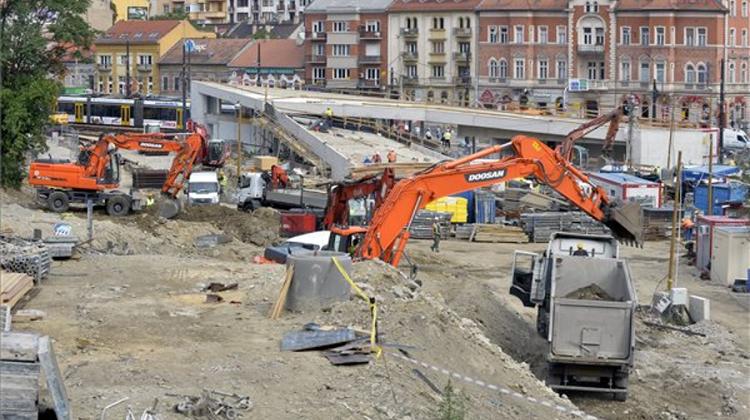 Opposition party Együtt has filed a criminal complaint in connection with the revamp of Széll Kálmán Square. The Budapest Transport Centre (BKK) “misappropriated the money of the citizens of the capital” when it amended the contract in June to push back construction deadlines, thereby foregoing almost 600 million forints (EUR 1.85m) of late-delivery penalties, Együtt lawmaker Márton Pataki told a press conference on Thursday.

By the time this amendment took place, it was already clear that the project would not meet the original deadlines, he added.

According to the original contract signed in November, the third phase of the construction should have been completed by Thursday, but the work has been significantly delayed.

The contractor should have paid 8 million forints (EUR 24,600) in penalties each day, Pataki noted. Since public money is involved, this is a case of misappropriation, he added.