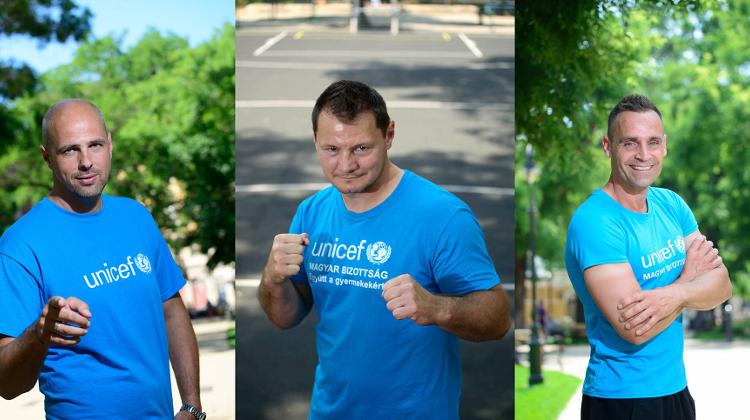 Press Release: Come and run in our Team on the:<br><br> 13th September at the WizzAir Half-marathon (indvidual- and relay)-, or<br><br> 11th October at the SPAR Marathon on any announced distances.

The world is a dangerous place for children. Across the world, children are facing an epidemic of violence, hunger, lack of medication.

As the crisis in the Syrian Arab Republic is well into its fifth year, and the daily headlines focus on military clashes and political efforts to resolve the crisis, the world must not forget the human realities at stake. The risk of losing a generation grows with every day that the situation deteriorates, while the progress made for Syrian children in previous years is undone.

UNICEF and its partners are committed to keeping Syrian children from becoming a ‘lost generation’. Critical efforts are being made to minimize the impact of the crisis on children – including in the life-saving areas of health, nutrition, immunization, water and sanitation, as well as in the future of children, through education and child protection. More than 2 million children had to leave their homes, they are in severe need: at home, in refugee camps and also as migrants.

You can help to make the world a safer place for children.  Join Team UNICEF and help the most vulnerables!

As a member of Team UNICEF:
- You will receive a UNICEF team professional running T-shirt.
- You can participate in trainings and meetings.
- At the run race event we expect you at our tent with photo shooting and warm-ups.

Choose a run race at the www.futanet.hu page, regsiter to the race and then sign up for Team UNICEF at the unicefcsapat.unicef.hu website and raise funds for the most vulnerables.

THANK You! We are looking forward to welcome you in our Team.

The Foundation of the Hungarian National Committee for UNICEF has launched a new social networking website for fund-raising purposes. The goal of the site is to be able to provide even more support to children living in the worst conditions using the fund-raising method that is less common in Hungary but already outstandingly popular worldwide.

The Hungarian Committee for UNICEF has launched its social fund-raising website accessible at unicefcsapat.unicef.hu.

The goal of this UNICEF initiative is to provide even more support to the children of the world who live in the worst conditions with the help of community sports and sportspeople.

Anyone who wishes to participate in some kind of sports activity can start fund-raising on the site. Those with a sense of initiative just have to complete the registration and then create the campaign page of their own or of their company, where they can determine the goal and amount of the fund-raising and its duration. After closing the support period, sportspeople can accomplish the set target/distance as a member of the UNICEF team. For the sake of the successful campaign, UNICEF recommends that those trying to raise funds should advertise their projects related to sports and physical activity among their friends and acquaintances.

It is similarly easy for people wishing to make donations: after marking/selecting the given sportsperson, company or team on the fund-raising site, they are directed to the website adomany.unicef.hu, where they can specify what amount they wish to offer to support children through community sportspeople.