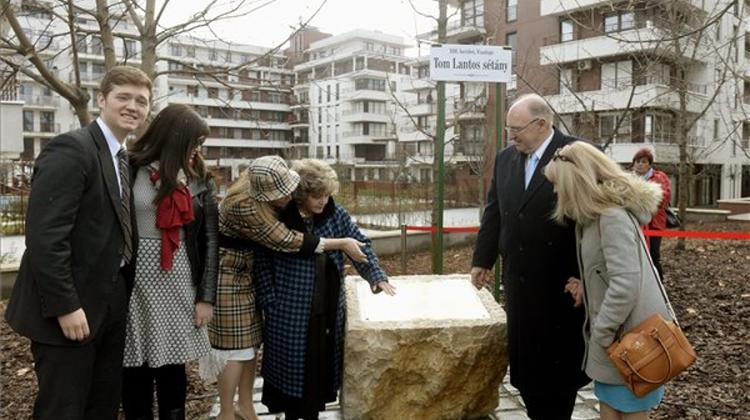 A promenade was named after Hungarian-born former US Congressman Tom Lantos in Budapest on Monday in a ceremony marking the politician’s birthday. The promenade named after Lantos connects Viza and Révész streets. Addressing the event in the 13th district where Lantos used to live, US Ambassador Colleen Bell said Lantos had done much to benefit Hungary and had been proud of being Hungarian.

She said Lantos had worked for the good of both the United States and Hungary, for strengthening Hungary’s relations with the West and towards ensuring stability, security and well-being in his home country.

Bell said that although naming the promenade marked only a minor change on Budapest’s map, it reinforced the values the congressman stood for. He firmly believed that, as allies and friends, the United States and Hungary could thrive together, Bell said, adding that the promenade bearing his name symbolised the bonds between the two countries.

A message by US Vice President Joe Biden was read out at the ceremony.

Lantos made it his “life-long work to fight against the evil that he had seen firsthand and to defend others against the suffering it caused”.

Lantos had never forgotten his Hungarian roots, Biden wrote, calling it “fitting” that the street section running in front of his one-time school now bears his name.