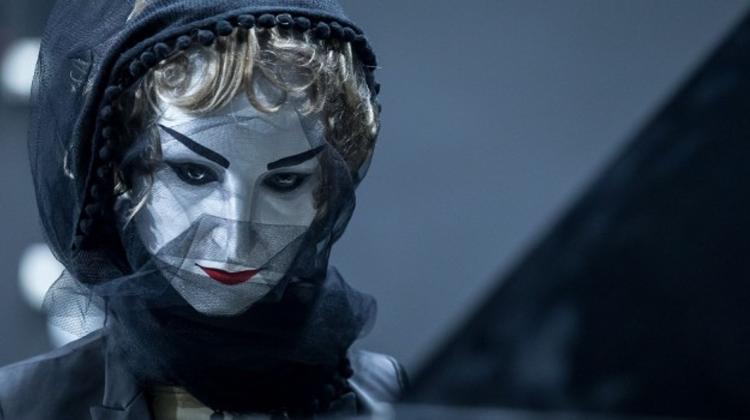 Gloria Benedikt, an Austrian ballerina whose artistic work strives to bring dance closer to science and politics, and Krisztián Gergye, Hungary's enfant terrible of contemporary dance, are reaching back to the legendary era of the fin de siècle to build a bridge between the art of the present and the progressive spirit of the age preceding the world wars.

Their production recalls the era of Gustav Mahler and invites the audience on a journey spanning 20th century history as it relates the legendary love story.

This dance production borrows its title from Afonso Cruz's iconic novel, but it only draws inspiration from the literary masterpiece to the extent that it tells, by way of metaphor, the extravagant story of Oskar Kokoschka's life-sized doll of Alma Mahler.

'The painter Oskar Kokoschka was so smitten with Alma Mahler that, when their relationship came to an end, he conceived a life-sized doll of her that captured every minute detail of his love. In the letter he wrote the puppetmaker and copied to his sweetheart, he provided a precise illustrated description, also indicating which wrinkles of the skin he absolutely could not do without.

Kokoschka, who did not wish to hide his passion under a bushel, walked through town with the doll and even took her to the opera. One day, he lost his patience with her, striking the doll on the head with a bottle of red wine and tossing her in the trash.” (Translation of the publisher's cover notes.)

This production uses lifelike puppets to portray Kokoschka's gesture in multiple forms and invites three emblematic figures of the 20th century onto the stage: the musical genius Mahler, the monumental painter Kokoschka and the femme fatale muse Alma Mahler.

The story of the dancing dolls written in the present tense conjures up the memory of a time in which the imaginary world was still able to exert an influence back on reality. We are encouraged to cast our minds back to the perhaps the last moment of the 20th century when the concepts of romance, expressionism and love were still valid, and there was still such a thing as a kiss from a muse.