Treating A War Criminal At The Budapest Jewish Hospital 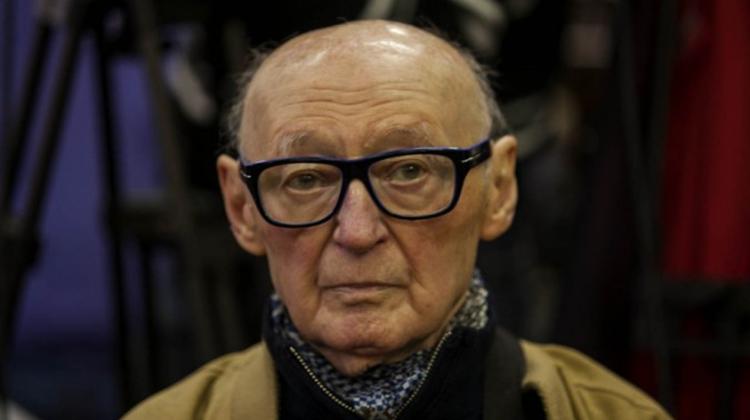 Béla Biszku, who died at age 94 last week, was Hungary’s most infamous unrepentant hard-line communist and the only official of the former pre-1989 regime ever prosecuted for crimes against humanity. Biszku served in the Hungarian Workers’ Party (Magyar Dolgozók Pártja) from 1949, as well as in its successor, the Hungarian Socialist Workers’ Party (Magyar Szocialista Munkáspárt – MSZMP), including in the capacity of Minister of the Interior between 1957 and 1961.

During the 1956 Hungarian Revolution, Biszku helped coordinate pro-regime armed militias to combat the revolutionaries. Following the suppression of the uprising, the minister oversaw the executions, imprisonment and systemic repression of those who participated in the revolt. In 1957 alone, 6,425 adults and children were convicted of “acts against the People’s Republic.”

The total number of people convicted and sentenced, by not only civil courts, but by military tribunals is estimated at 28,601. Among the executed was revolutionary Prime Minister Imre Nagy.

Biszku, in 2008, told documentary filmmaker Fruzsina Skrabski–who compares herself to Michael Moore, in terms of her style of film-making–that Nagy “deserved his fate.”

Biszku also referred to 1956 as a “counter-revolution,” he expressed no remorse for the persecution that followed, but he also claimed to have had no personal knowledge of, and no direct influence over the various trials and sentences following the suppressed uprising. He did, however, argue in Central Committee meetings following the revolt that the only way to re-establish order was through force and harsh measures.

Skrabski’s film was unusual and questionable in terms of its ethics. Up until 2008, Biszku lived quietly in complete anonymity, with a relatively high pension (240,000 forints or $1,100) and gave no interviews.

Skrabski, however, convinced him to cooperate with the film, by initially claiming that it would be a celebration of Biszku, as the “famous son” of the tiny village of Márokpapi, in northeastern Hungary, where the former communist politician was born.

Skrabski and her partner, Tamás Novák, went as far as to organize a completely fake “celebration” in Márokpapi, in honour of Biszku, as a way to lure him in. The trick worked, and Biszku seemed willing to cooperate, even after he learned that the film was actually focused on his political past.

In 2011, Biszku was charged with denying crimes against humanity committed during the pre-1989 one-party state. This charge is en par with Holocaust denial, which in Hungary also carries a maximum three year prison sentence.

Then in 2012, Biszku was charged with war crimes and held culpable for the deaths of 49 people during the 1956 Revolution. In 2015, a Budapest appeals court changed Biszku’s sentence to “complicity” in war crimes, which carried a lesser prison term (two years, instead of five and a half years).

Biszku died on March 31st, 2016, but during the last weeks of his life, he was cared for at the Charity Jewish Hospital of Hungary, located in Budapest. In Hungarian the hospital is simply called Szeretetkórház (Charity Hospital), and is administered by the Federation of Hungarian Jewish Communities (MAZSIHISZ).

The hospital has 378 beds and its main purpose is to provide geriatric care to elderly Holocaust survivors. Since the hospital receives public funding, it also has an obligation to treat all Hungarians, regardless of their denominational background or personal history.

When it came to light that Biszku was one of the hospital’s patients, the Jewish weekly magazine Szombat was infuriated. The paper published a surprising editorial, arguing that the Jewish care facility should have refused to provide Biszku with treatment, due to his past.

“The former communist politician Béla Biszku, who died at the MAZSIHISZ Charity Hospital, was not Jewish. He originated from a Roman Catholic family. So what was he doing at the Charity Hospital…” wrote Szombat. András Heisler, president of MAZSIHISZ, correctly pointed out to the magazine’s editors that the hospital receives state funding and as such, it cannot refuse to treat people. As well, the hospital offers some of the best geriatric care in Hungary, so treating the 94 year old Biszku fit within its mandate. But Szombat’s editors were still livid.

“We don’t understand why they could not recommend a different hospital. We don’t understand why they are not more cautious in the MAZSIHISZ Charity Hospital and why they do not make decisions whilst keeping in mind the interests of the Jewish community. Hundreds of websites are now publishing articles, in which MAZSIHISZ and Biszku are mentioned in the same breath. Hundreds of thousands will assume that ‘oh yes, this Biszku is also another rotten communist Jew!’ A rotten Jew. But no.

Biszku might have been a rotten communist, but he was not Jewish. He originated from a Catholic, agrarian family. Why did the Charity Hospital and the Jewish community assume this burden? … An anti-Semite can hardly cause the sort of ethical damage that has been done by the fact that Biszku’s name is now associated with that of MAZSIHISZ. Only Jews can do something so stupid”–wrote Szombat’s editorial board.

Szombat’s position is disappointing. Anti-Semites already believe in the “classical” theory that Jews, en bloc, are associated with communism and the crimes of the previous regime. Refusing Biszku medical treatment would have done nothing to make anti-Semites less hostile to the Jewish community, nor would it have dispelled old myths.

Refusing any patient essential medical treatment, out of fear of what others (especially racists and anti-Semites) will think is unethical and also unjustifiable. Hospitals cannot simply decide whether or not to treat patients on the basis of whether that decision amounts to “good” public relations, or whether the decision is a crowd-pleaser.

The MAZSIHISZ hospital took the ethical path in treating Biszku, regardless of his past, and it also met its legal obligations as a care facility, which receives Hungarian state funds and is called to serve all citizens.