Hans Zimmer, Touring For The First Time, In Budapest On 11 May 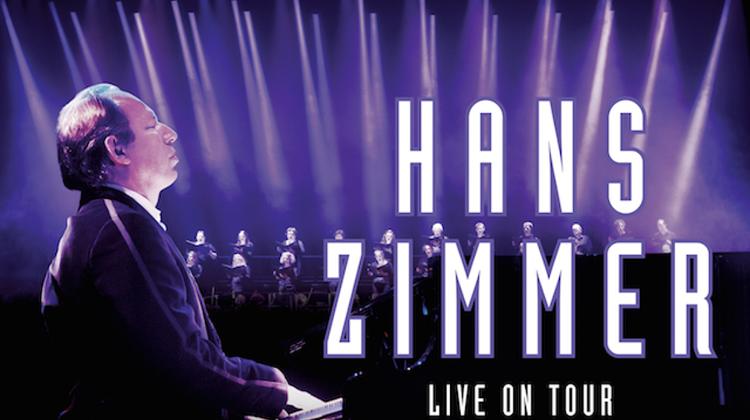 German-born composer Hans Zimmer is recognized as one of Hollywood’s most innovative musical talents, and he will be on tour for the first time with his band, orchestra and choir to give a live music experience to his fans. Budapest is part of this unique concert series by the most successful film composer of our era, where he will perform live May 11th at BudapestArena.

He first enjoyed success in the world of pop music as a member of The Buggles. The group’s single Video Killed the Radio Star became a worldwide hit and helped usher in a new era of global entertainment as the first music video to be aired on MTV.

Zimmer entered the world of film music in London during a long collaboration with famed composer and mentor Stanley Myers‚ which included the film My Beautiful Laundrette. He soon began work on several successful solo projects‚ and during these years Zimmer pioneered the use of combining old and new musical technologies. Today‚ this work has earned him the reputation of being the father of integrating the electronic musical world with traditional orchestral arrangements.

A turning point in Zimmer’s career came in 1988 when he was asked to score Rain Man. The film won the Oscar for Best Picture of the Year and earned Zimmer his first Academy Award Nomination for Best Original Score. The next year‚ Zimmer composed the score for another Best Picture Oscar recipient‚ Driving Miss Daisy.

Having already scored two Best Picture winners‚ in the early ’90s Zimmer cemented his position as a pre-eminent talent with the award-winning score for The Lion King.

In 2000 Zimmer scored the music for Gladiator‚ for which he received an Oscar nomination‚ in addition to Golden Globe and Broadcast Film Critics Awards for his epic score and sold more than three million copies worldwide.

He has dozens of impressive and successful scores including Pearl Harbor‚ The Ring‚ Hannibal‚ Black Hawk Down, The Thin Red Line, Thelma & Louise‚ True Romance‚ Green Card, The Holiday, The Rock, As Good As it Gets, It's Complicated, Mission Impossible 2, The Last Samurai, The Prince Of Egypt, Shark Tale, Madagascar, Kung Fu Panda, The Simpsons Movie, Sherlock Holmes, The Da Vinci Code, Angels & Demons, Inception, Man Of Steel, Batman, The Amazing Spiderman, Interstellar, 12 Years A Slave and of course one of the most popular scores in the last decade for the Pirates Of The Caribbean movies.

Hans Zimmer Live on Tour will serve as a non-traditional experience for concertgoers; featuring music spanning his multi-decade career including many of his film scores, each piece presented with Hans’ personal presentation style and accompanied by a band of incredible players mixing traditional orchestral instruments with rock and electronica; and an amazing light and visual show.

There are only seated tickets available, in front of the stage sectors for 2 purchased tickets include a free parking in the Arena parking house in Budapest.