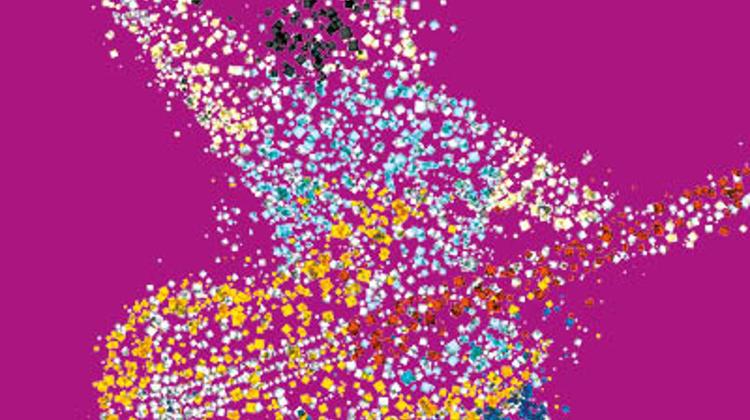 Organisers tell XpatLoop that, "Müpa Budapest’s inaugural summer pop music festival offers a special opportunity for bands to put on performances, regarding both sound and scene, that cannot be performed in such ways elsewhere. Everyone prepares for the Müpa Budapest concerts with great efforts, new ideas and special surprises so it is no exaggeration that the evenings of the Hey, June! festival always bring one-time, unique experiences.

DJ Bootsie reorchestrated the favourite songs of his twenty-year career so that the audience can discover those aspects of his music that may have remained hidden so far. With a two-hour colourful and colossal gig the Jazzékiel looks back upon the past fifteen years and their three albums with almost all of their contributors appearing on the stage of Müpa Budapest.

The big city milieu is brought to life at the concert by Benedek Szabó & Galaxisok, reinterpreting well-known songs and treating the audience to several new ones. The multitalented Sena, who has proven herself in several genres with remarkable success, now enters the stage of the Festival Theatre with her very own ensemble, the Sena Live Band.

The Amorf Ördögök, whose name translates to "Amorphous Devils”, invited guest performers worthy of the gig’s importance: the Honvéd Male Choir. Bori Péterfy and her bandmates perform many of their songs – including their biggest hits – in a way that surely cannot be heard anywhere else.

Hey, June! is much more that one of the many summer festivals: a unique opportunity for musicians to perform and demonstrate the lesser known treasures of their personalities.

Hip-hop beats, scratch, electronics, elements of film and folk music, and jazz… a masterful amalgam of all these things makes up the music of DJ and producer DJ Bootsie, a feature on the scene for some 20 years now. It is from among his favourites that he now puts together exclusive reworkings especially for the Müpa audience.

In this exciting live set, he will be accompanied by guest musicians able to lend their instruments to synthesising Bootsie's electronic world. As a soft fabric of acoustic sounds is woven onto a massive electronic patchwork, every track takes on a completely new guise. "Besides clubs and festivals, playing at Müpa is a great opportunity for the production to be able to reveal another face, which is actually closer to my original concept... and it's also an extraordinary compliment.” (DJ Bootsie)

Jazzékiel has gone through many musical transformations during its 15-year history. Although the group only hit upon its current dark jazz/alternative blend with the release almost a decade ago of the album Holy Shit, it is preparing a special programme of music to celebrate the occasion of its 15th birthday. Over the course of the evening, long unheard tunes resurface from the drawer in new guises, while we can also doubly count on the appearance of musicians on the Müpa stage who have played an important role in the band's career.

"A concert like this is an important stage in the career of a rock band. A responsibility rests with us as to what we do with it. Just as you have to give an unplugged gig once in your life, and to do it well, you're playing a little bit for immortality in concert halls like this. It's an honour and a source of pride to perform on one of the best stages in the country; what's more, it's an opportunity and an occasion to present our songs to our fans in a completely new way.' (Péter Jakab)

They walk home at dawn, the lights of towns big or small in their eyes, drunk and alone, of uncertain age, living generally in Hungary, and within it mainly Budapest, from where - sometimes by bus, train or by the carload - they head home to towns of pitch-black streets and childhood memories; they work until six during the week, stand in front of bars in the Friday night cigarette smoke, listen to music on night buses, fall asleep on the metro, promise the taxi driver they won't throw up, kick off their shoes in the hallways of house parties, have one-night stands, get dumped or dump others, fall in love, light up in stairwells, and are worn out.

Standing on Moszkva Square, they think of the trees on the southern plains; among the trees, they think of Andrássy Avenue. These people inhabit the world of the two albums released by Benedek Szabó (Kapuzárási Piknik and A legszebb éveink), and these will be the protagonists inhabiting sets more realistic than any seen before on the Müpa stage. For one special evening, the street signs and lampposts come alive and patrons appear from the darkened gateways, while the band plays familiar and unheard songs, for the first and last time in this form.

Szabó was singer and songwriter for Baja-based band Gyökkettő before moving to Budapest. After a noisy detour (the shoe-gazing bedroom pop of Zombie Girlfriend), he returned to his roots and released his first solo album Kapuzárási Piknik, before starting to perform with the band Galaxisok.

"While the music echoes, and while it comes from the heart / This force of nature will stay with us…” (Sena-Irie Maffia: Zene Zeng). Since moving to Budapest from Ghana at the age of 18, Sena has taken many small steps to becoming one of the gems of the Hungarian pop music scene.

Taking the microphone and improvising for fun enticed her to embark on further musical adventures. Not long after, she joined leading underground hip-hop/dancehall outfit Gimmeshot Crew, while also throwing herself with characteristic energy into almost everything from funk-jazz (Kamu) to Shakespeare sonnets (W. H. Shakespeare Project).

We have heard her with Barabás Lőrinc Eklektric, she has sung for eight years with Irie Maffia, and she collaborates regularly with DJ Vadim, while often also working with other European, African and American musicians.
Just as the chameleon changes its colours, blending into one background after another by slow, steady steps, so Sena progresses in the world of music, constantly adapting, always resplendent in new hues. At this concert of the Sena Live Band, the underground diva leads us into her own personal music world.

This concert, crowned with a guest appearance by the Honvéd Male Choir, will feature the most popular songs and covers from Amorf Ördögök, whose name translates to "Amorphous Devils”, including Virágos kert az élet, Nincsen a világon, Betyár a Holdon, and Karcsú törzsed hajlik, Dunántúli sláger. Both participating ensembles are vigorously preparing for the concert, which will be no everyday affair.

The Devils, who play chansons and pop music from around the world, tonight consist of singer Bori Péterfy, lyricist and singer Szabolcs Tariska and composer and keyboardist Ambrus Tövisházi, together with István Nagy, Gergely Drapos, Gergely Gáspár, Ákos Tompa and István Pápai, with Tibor Eichinger and György Mikó, familiar from older line-ups, also making appearances on the main stage at Müpa Budapest. "