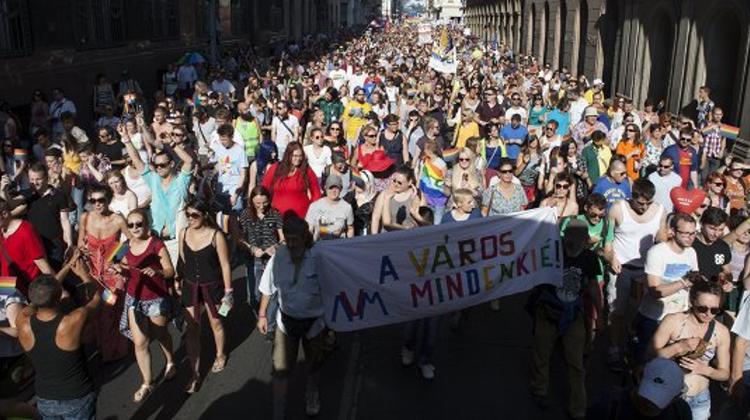 The Budapest Pride march was held for the 21st year in the capital on Saturday afternoon. The march ended in front of Parliament with speeches and concerts. Pride spokesperson Cintia Karlik thanked everyone for attending and for choosing “active participation, freedom and equality in law instead of fear”.

She said everyone should choose freely whom to consider family, and sent a message to the government that “family is based on love and mutual respect and not on the marriage of a man and a woman.

” She criticised the police for fencing off the demonstration as part of providing security for the event. Participants left Heroes’ Square carrying rainbow flags and balloons and walked along central Andrássy Avenue accompanied by six rainbow-decorated trucks.

The parade’s slogan this year is “(It’s) complete with us”. The main organiser, the Rainbow Mission Foundation, said the march aims to work towards changing public discourse in a way that members of the LMBTQ community are no longer discriminated against, humiliated or offended.

US Ambassador Colleen Bell and Israeli Ambassador Ilan Mor took part in the march as well as representatives of the opposition Socialist, DK, Együtt, PM, LMP and Liberal parties. The festival’s organisers estimated that some 20,000 people attended the parade.

The radical nationalist Jobbik party criticised the event in a statement and the central and municipal governments for not declaring a distance from it.