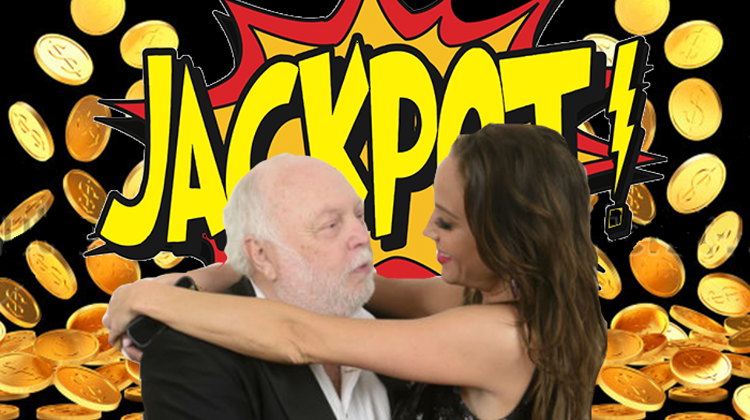 On Tuesday the Hungarian parliament passed a law regulating online gambling introduced only the previous day. The bill’s sponsors justified the extraordinary measure by claiming the measure was necessary to combat illegal online gambling. The government expects the modification to drive international on-line gambling operators out of the Hungarian market.

This was not the first time Hungarian authorities have taken steps to protect film commissioner and casino mogul Andy Vajna’s monopoly on on-line gambling in Hungary (seen here celebrating with his lovely wife, Timea). Previously, the government arranged for the websites of unlicensed online gambling operators to be banned, with greater or lesser success.

Although vegas.hu has yet to go live, a Google search reveals that the site will offer online blackjack, roulette, and virtual slot machines. Hungary’s first official online gambling portal is scheduled to launch late this year.

In light of this, it is understandable why it was necessary to urgently modify the law so as to enable internet operators to block connections between online gamblers’ bank accounts and illegal online gambling websites, writes nol.hu. In the future it will no longer be possible to wire funds from Hungarian bank accounts to international gambling and track betting portals.

In October 2012 the Hungarian parliament banned those slot machines that were outside licensed casinos, allegedly on national security grounds.

Many speculate that an informal condition of the lucrative government concession was that Vajna agree to invest part of his winnings in pro-government media. In January this year, Vajna acquired Hungary’s second-largest commercial television station TV2, paid for in large part with loans obtained from state-owned banks. Not long after Vajna acquired TV2, it became one of the main beneficiaries of copious government media spending under propaganda minister Antal Rogán. Vajna is rumored to be planning to expand his media holdings in the country, including the launch of a radio station.