Matolcsy No Longer At Patai Flat 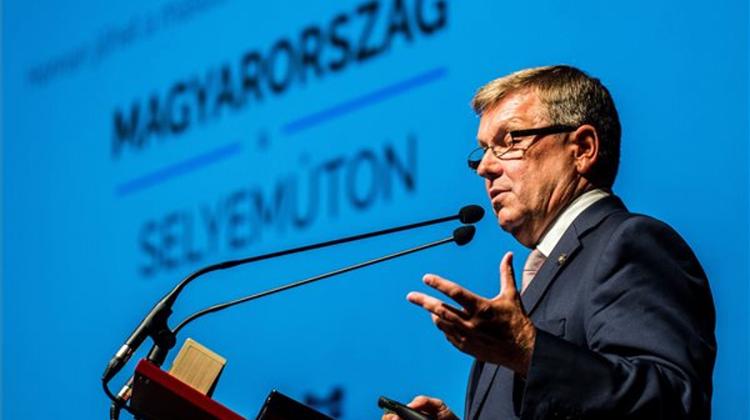 Those who often saw MNB governor György Matolcsy in Buda Castle have not seen him in the neighbourhood for days, Népszabadság journalist Roland Baksa reported on Thursday.

The date of the disappearance of Matolcsy roughly coincides with the appearance of the Népszabadság article on October 6, which reported that Matolcsy, currently in the midst of divorce proceedings, was living in an expensive Anjou Residence apartment owned by UniCredit president and CEO Mihály Patai, who is also head of the Banking Federation.

Asked about the report, Lázár said it is not appropriate for the cabinet to comment on MNB matters.

Regarding reports that Matolcsy’s girlfriend has been given several lucrative positions at MNB institutions, Lázár said he would not like it if the leader of an institution overseen by his ministry were to employ his lover.