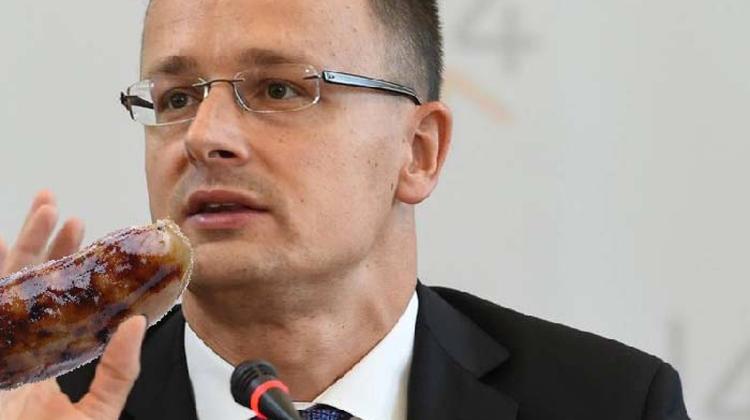 A vote during the General Assembly of the United Nations last week elected 14 countries to the Human Rights Council, the UN body responsible for promoting and protecting all human rights around the globe. Those elected were Brazil, China, Croatia, Cuba, Egypt, Hungary, Iraq, Japan, Rwanda, Saudi Arabia, South Africa, Tunisia, United Kingdom and the United States. All will serve three-year terms beginning on 1 January 2017.

Speaking from Békéscsaba on Saturday, Hungary’s Minister of Foreign Affairs, Péter Szijjártó, lauded the General Assembly decision as a clear indication that “despite the insults, attacks and false charges committed against [Hungary] in the international press, the world believes that we are fit to be on the Human Rights Council.”

Szijjártó was in the town to open the 20th annual Békéscsaba Sausage Festival.

“Let us not allow certain forces, be they from the West or East or international, to attempt to discredit a country in the way in which they have tried to discredit us in recent years,” he said. “We will be working to combat this on the Human Rights Council.

“As I travel the world I have noticed that there are three things that people associate with Hungary. Generally, these are [footballer Ferenc] Puskás, pálinka and sausage,” Szijjártó said during the inauguration of the sausage festival.