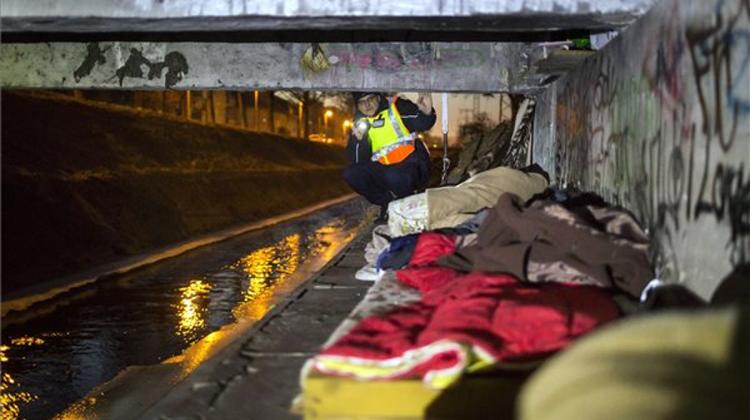 The coldest weather of the past five years has hit Hungary with temperatures dropping to – 23.7 C in the village of Tésa near Budapest on Saturday morning, the National Meteorological Service said on its Facebook page.

In comparison, the lowest temperature measured on this day between 1981 and 2010 in Hungary averaged – 4 C and the highest averaged + 2 C. The current forecast shows the highest temperature on January 7 will be between minus 12 C in northeast Hungary and minus 5 C in western and central Hungary.

Later in the day, the temperature is expected to drop to minus 17 C in the north and minus 8 C in other areas. In the early hours of Sunday, the mercury could fall to below minus 25 C.

The Ecumenical Charity has set up temporary shelters for people in need and the Menhely Foundation said on Saturday that there are still places available in the homeless shelters they operate. The Ecumenical Charity told MTI that their heated tents are open non-stop in Csepel in Budapest, in Gyula in south-east Hungary, in Debrecen in the east and in Berehovo (Beregszász) in western Ukraine.

The tents also include sanitary facilities and food is available for those in need. Menhely director Zoltán Aknai said their shelters around the country were 90 percent full on Friday night and they received 350 calls from members of the public on Friday evening about homeless who needed help.

The disaster management authority said on Saturday that electricity services had been restored throughout the country by noon after temporary power cuts reported from Szabolcs-Szatmár-Bereg County in the northeast, Fejér County in central Hungary and Győr-Moson-Sopron County in the west.