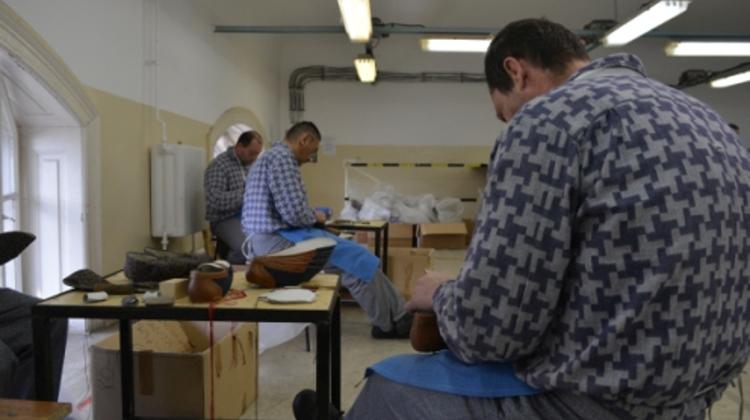 More than 10,000 of Hungary’s prison inmates, or 88%, spend their term studying or working, national prison chief Tamás Tóth said. He said one of the goals of the prison system was to rehabilitate inmates so that they could return to society as working citizens. Inmates are typically taught to master professions facing a labour shortage.

The prison chief said prison uniforms are now made exclusively by working inmates. Agricultural products needed to feed the prison population are also produced within the prison system. A total of 78% of grain crops and fruit grown in the prisons are sold on the free market and certain products like footwear are exported.

He noted that Hungary was getting ready to build eight new prisons with the aim of resolving the problem of prison overcrowding. Construction of the new facilities is expected to begin in April this year and set to be completed by summer 2018, he said.

The new prisons will be capable of holding a total of 4,500 inmates. Simultaneously, Hungary has expanded three older prisons to make room for a combined 150 new inmates. In another effort to reduce prison overcrowding, more than 200 convicts who had been deemed to pose less of a threat to society have had at most the last six months of their sentences commuted to home detention.

At present there are 197 convicts serving the last portion of their sentences in their homes, and from Jan. 1, more and more of them will be given the opportunity to serve out their sentences under this arrangement, Tóth said.

On the subject of compensation lawsuits, he said Hungary has so far been ordered to pay out 500 million forints (EUR 1.6m) in compensation to inmates by the European Court of Human Rights (ECtHR) for poor prison conditions.

But pending petitions have been suspended, he said, noting that the state has recently introduced a law under which inmates who have filed petitions can receive a monthly average of 40,000 forints in compensation, as it can be expected that the ECtHR will order the Hungarian state to compensate inmates for sub-standard prison conditions.