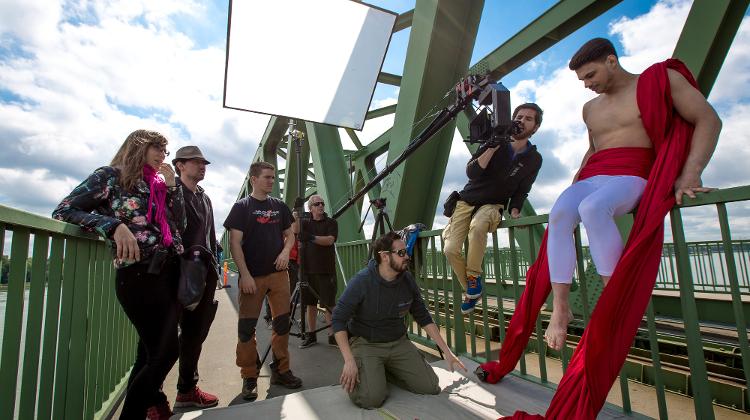 'What a Circus!' documentary from 2 to 8 March in Puskin Cinema with English subtitles.

Balancing between reality and fiction, 'What a Circus!' is an intimate documentary about Recirquel, a contemporary circus company based in Budapest, Hungary. The film's crew followed the company for years, including during their latest show's rehearsals. Between the sweats and tears, we see the performers' dreams and fears come to life in spectacular scenes of stunts made in suburban settings.

Recirquel is the very first Hungarian Contemporary Circus Company. They have four full length shows running with full house in Müpa Budapest. Recirquel also had a huge international success around the globe. Their show, titled 'Paris De Nuit' had an audience of more than 18 000 in France last year.

In October 2016, Recirquel had the opportunity to open the season in the world famous Canadian Cirque du Soleil. The company became a permanent performer in the European and overseas theatres. Their performances are visited by more than 150 thousand people yearly from countries like France, Netherlands, or either Colombia and Chile.