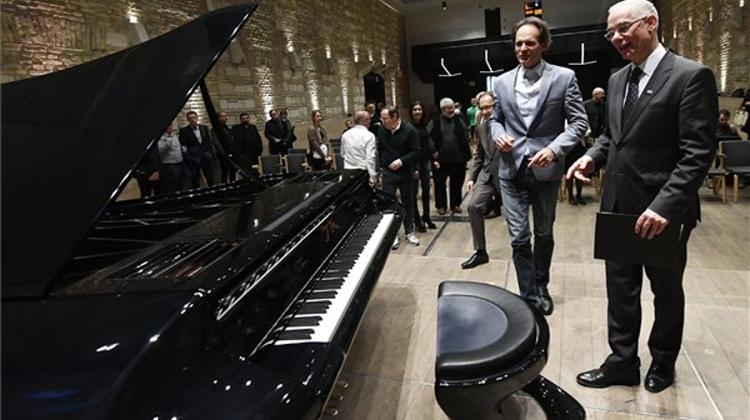 The Zengafons piano, developed under the inspiration of Kossuth Prizewinning pianist Gergely Bogányi, was first featured at a gala concert at the Academy of Music in January 2015. The Hungarian government purchased 10 of the futuristic looking Bogányis in June that year.

These are now to be placed in seven Hungarian venues, including the Budapest Music Center, the Palace of Arts and the Academy of Music in Budapest and the Kodaly Centre in Pécs. Two of the venues abroad have been decided upon: the Sibelius Academy in Helsinki and the Tchaikovsky Conservatory in Moscow, Balog said.

One novelty: its sound board, which is made of a multilayered composite rather than wood, and its and casing are suspended in the air thanks to a cantilevered construction beneath the keyboard.

When it was unveiled, musicologist András Batta said the Bogányi piano “is rooted in the Lisztian tradition but points to the future”.

Bogányi himself says the piano named after him has a “more human, more friendly sound” than the contemporary ones and requires less maintenance.

The piano has already been patented in several countries, including China and the United States, Zengafons’ chief executive István Komoróczki said earlier.