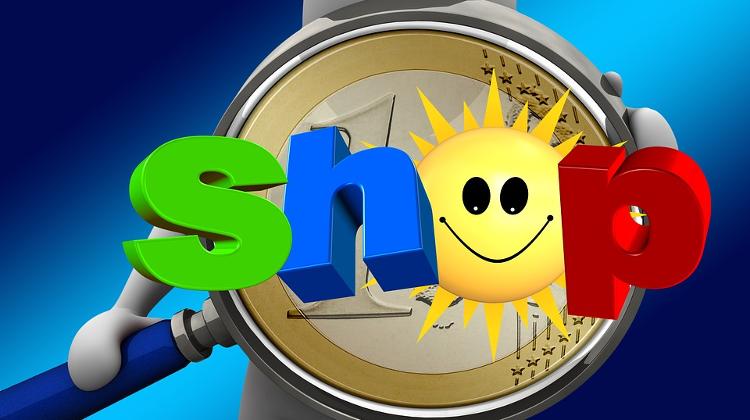 Consumer prices in Hungary grew by an annual 2.7% in March, slowing from 2.9% in February, the Central Statistical Office said. Emerging market analysts in London had forecast headline inflation between 2.8% and 3.3%. KSH department head Borbála Minarik attributed the slower pace mainly to the monthly decrease of fuel and tobacco prices.

On a seasonally and working day-adjusted basis, consumer prices were unchanged month on month after rising by 0.4% in February. Two of the National Bank of Hungary’s three inflation indicators rose but the measures of underlying inflation “did not change any significantly from the previous month and continued to stay in the 1.5-2.0% range”, the central bank said in a monthly assessment.

Seasonally adjusted core inflation, which excludes volatile fuel and food prices, was reported by the KSH as rising by an annual 1.8%, unchanged from February. “In March, mainly changes in the prices of the more volatile items with greater sensitivity to cost changes, i.e. food and energy, had an upward effect on prices,” the NBH said.

“Households’ inflation expectations have been broadly unchanged in recent months and remained at moderate levels, in line with underlying inflation developments,” it added. The KSH reported January-March consumer prices up by 2.6% from a year earlier. Hungary’s annual inflation, harmonised for better comparison with other European Union member states, was 2.4%.

Analysts told MTI that inflation would temporarily exceed 3% in the remainder of the year while averaging 2.5% in the full year. K&H Bank analyst Dávid Németh expected the central bank to stick to its present loose monetary policy and further reduce the limit on its three-month deposits in July. Németh forecast 2017 average annual inflation at between 2.5% and 2.6%.

Gergely Suppan of Takarékbank forecast average inflation this year at 2.4% but did not rule out a higher rate given accelerating domestic demand and wage expenses. CPI could near 3% at the start of 2018 as VAT cuts drop out of the base, he added.