Best Activities For An Adrenaline Boost In Budapest 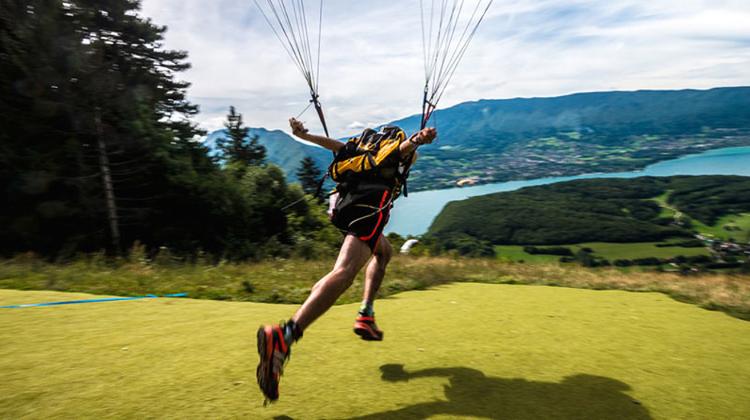 By: Jennifer Walker. When it comes to visiting a city like Budapest, the last thing on your mind is adventure, unless your concept of adventure begins at the 20th shot of pálinka, but that’s another story. However, one of the most unique factors about this city is not its monuments or epic nightlife, but the fact that it’s a city where you can still get your adrenaline high even if you’re in town for a simple city break.

So if you’re someone who loves throwing in a shot of adrenaline in between sightseeing and beers, then give a few of these activities in and around Budapest a try.

Skydiving is the ultimate rush, and if you’re looking to see the country from above, then this is for you. While this is technically outside of Budapest near Dunaújváros, it’s an easy way to get some skydiving into your city break since the airport you’d take off from is only one hour outside the city, and can be organised with direct transfer from Budapest. However, if you still want the thrill of skydiving without leaving Budapest, you can get the experience at Budapest’s own first close air-circulating free fall simulator!

Maybe you’re not ready to take the plunge to skydive above the city, but you still want that feeling of flying, then paragliding might be the activity for you! There is actually an active group of paragliders in Budapest, who use the Buda Hills as their starting platform.

Go with a reputable company with a guide who can both coach you and pilot you in the air. The pilot will control the important things, like making sure you don’t actually crash into anything, so you can watch the views go by and let that adrenaline flow! The paragliding season usually runs from March to November in Hungary. Featured image by sikloernyostanfolyam.hu.

3. Caving Under the Buda Hills

There are around 200 caves in Budapest, most of which were carved by the thermal water coursing under the city – there is a good reason Budapest is a city of spas. While there are a couple of show caves you can go and visit without much physical exertion, the good news is that for those of you who like to get down and dirty wriggling through subterranean passages, the caves in Mátyáshegy offer some great spelunking opportunities. You can join a tour with a guide or get your own group of 8 or more people together and go underground on your next trip to Budapest.

4. Canoeing and Kayaking on the Danube

A walk along the Danube is beautiful, especially when you get outside of the city a bit. You can sprinkle a dash of adventure into this experience by taking one of the various canoe or kayak tours on the outskirts of the city. It might not be white water rafting, but you can get a bit of physical exercise on the water while enjoying the scenery.

5. Diving in the Kőbánya Mines

Budapest might not have a coastline, but water is abundant in the city, with the Danube River, and it’s even home to the largest thermal water cave, the Molnár János Cave, which is a popular spot for cave divers.

However, if you’re looking for something even special, then try these ancient, flooded mines instead. Located in the city’s suburbs, these mines were also once used by the Kobánya beer factory, but became submerged when the beer factory moved and the wells filled up and flooded the deeper levels of the cellars.

Today, these underwater mines are open to divers, and if you have an open water diving certificate, you can dive in one of the sites, but for the remaining five you need a cave diving or wreck diving certification. Groups like the Paprika Divers organize dives on a regular basis, so if you’re a hardcore diver, Budapest might be a diving destination for you.

In just an hour you’re out in the Pilis Hills surrounding the Danube Bend. While there are some great treks and hikes in this area, if you go to Rám Szakadék (Rám Canyon), you can even take part in some light canyoning climbing up the river in this gorge using ladders and chains. If you’re an expert canyoner, maybe this might seem too small time for you, but for those of you looking for a hike with a bite, then you’ll want to gear up on a day trip from Budapest.