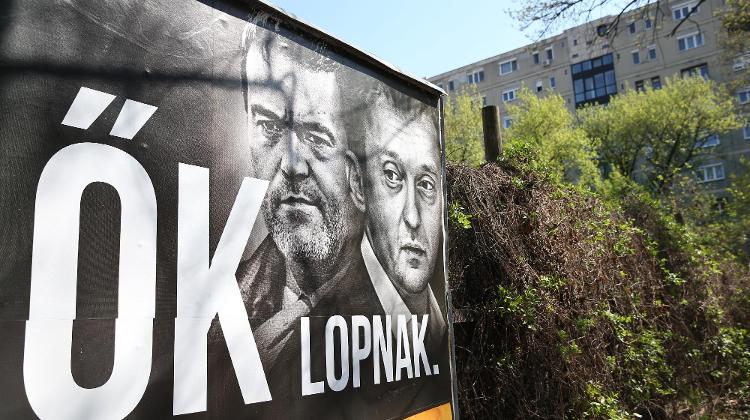 Unofficial adviser to Prime Minister Orbán and architect of the pro-government media empire Árpád Habony has initiated a lawsuit against radical-right party Jobbik for using his likeness in a series of political advertisements.

The lawsuit, which will have its first hearing on May 12, asserts that Jobbik violated Habony’s personality rights by using his likeness in its political ads. The ads, on billboards and outdoor ad columns, bear the text “You work, they steal,” and pair photographs of Habony with Fidesz’s propaganda minister Antal Rogán.

Habony argued that he had not consented to his picture being used for the campaign posters, and he “cannot be considered a person who must endure the publication of his likeness without a good reason.”

Habony requested that Budapest Municipal Court order the immediate removal of the posters, and demanded a letter of apology from Jobbik.

According to Jobbik-tied news site alfahir.hu, a first-level court ruled in 2015 in a lawsuit filed by Habony against news site index.hu that Habony can be considered a public figure, and therefore his photo can be freely distributed in the media.

Habony is connected to pro-government tabloids 888.hu and Lokál.