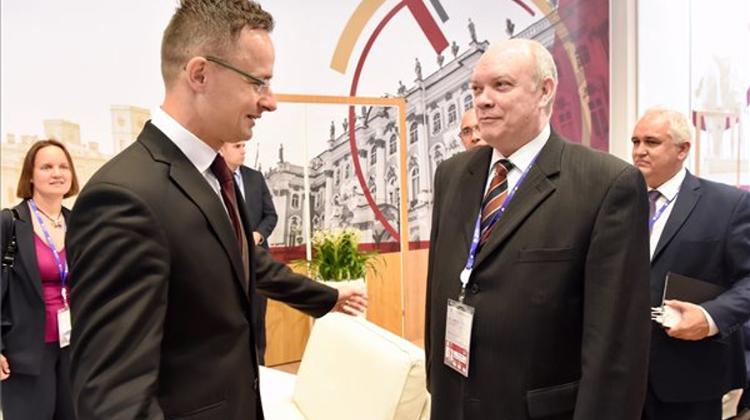 The upgrade of the Paks nuclear plant is not solely an energy issue but also Hungary’s “largest ever development project”, the foreign minister said at a green forum in St Petersburg. Péter Szijjártó welcomed the project’s entering into “an active phase” after having received approval by Brussels. The next step for Hungary is to prepare the site for two new blocks, which will take a year and a half, he said.

He noted that Russia’s Rosatom, the project partner, on Wednesday called a tender for a 770 million euro contract to supply turbines for the new blocks.

Szijjártó noted he had held bilateral talks during the day with the head of Rosatom and the CEO of gas company Gazprom, as well as with Russia’s Minister of Industry and Trade Denis Manturov and Minister of Energy Alexandr Novak.

He said it was “good news” that Hungarian- Russian economic cooperation had “started to flourish again” after a period during which Hungarian companies suffered losses of billions of dollars due to EU sanctions imposed on Russia.

Szijártó noted that bilateral trade increased by 46.2% in the first quarter of 2017 with a volume totalling 1.4 billion dollars. Hungary’s exports to Russia went up by 27.8% to 500 million dollars in the period, he said.