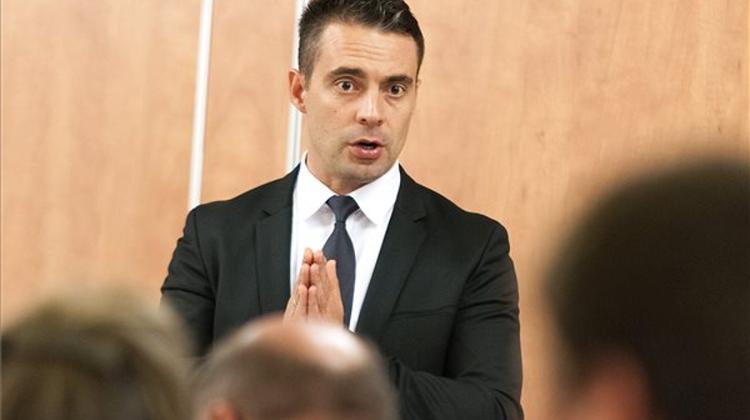 Jobbik has launched a new billboard campaign ahead of the 2018 general election that features party chairman Gábor Vona (pictured) and promises to “imprison the thieves.”

The new billboards depict Vona with the Hungarian Parliament in the background and read: “We shut out the migrants. Raise the wages. Imprison the thieves. There’s a limit to everything.”

According to a Jobbik statement the party won’t “sit on [its] hands and watch as Fidesz uses an unconstitutional law to ban the meeting of the forces of a change in government, the government changing spirit, and the people.” The new campaign uses the party’s newly-purchased, privately-owned advertisement surfaces, and thus is not required to comply with a billboard law that many believe was a reaction to the party’s previous billboard campaign.

Jobbik told index.hu that they purchased the 1,100 billboard spots from more than one company, but details are still unknown concerning who exactly sold the spots to the party and for how much. Owner of advertising firm Mahir Kft. Lajos Simicska previously provided advertising surfaces to Jobbik for significantly reduced prices, and many speculate that the formerly Fidesz-tied oligarch, who has openly advocated for a change in government, sold the spots to Jobbik.

The billboard law that modified certain regulations of the law protecting settlements was passed in June, and requires that organizations and private persons, including political parties that receive grants from the state budget, may advertise only at the previous year’s list prices. According to the law, preferential rates can only be obtained through public tendering.