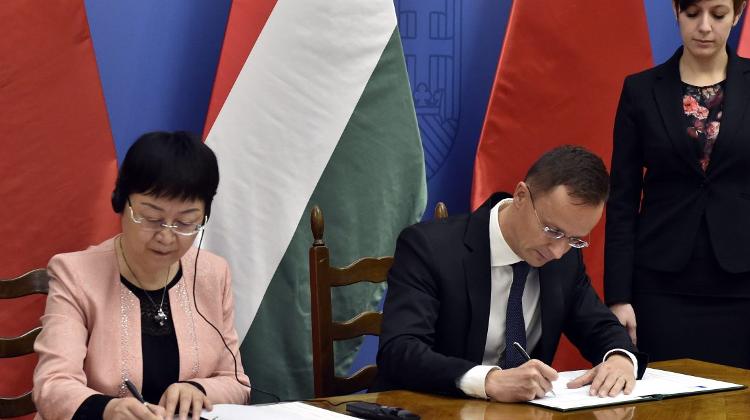 Hungary and China on Monday signed an interstate agreement to ensure the continued operations of the Heilongjiang University of Chinese Medicine in Budapest under Hungary’s amended higher education law. Speaking at a press conference after the signing ceremony, Hungarian Foreign Minister Péter Szijjártó said cooperation between Hungary and China was “better than ever” with education being one of the most important pillars of the two countries’ relations.

The minister called the agreement a milestone in Hungarian-Chinese educational cooperation. Szijjártó noted that the 50-year-old Heilongjiang University of Chinese Medicine has had a school at Budapest’s Semmelweis University since 2010. He also noted that in May, Hungary and China elevated their bilateral ties to a comprehensive strategic partnership, the highest rank in China’s diplomatic relations.

Hungary’s interest lies in upholding this tight cooperation with one of the world’s strongest economies, Szijjártó said. The minister said that Chinese language learning was available at all levels of Hungary’s education system, noting that Hungary is home to the regional centre of Confucius Institutes as well as the highest number of such institutes in the region.

Asked about the progression of intergovernmental talks concerning the remaining foreign universities in Hungary, Szijjártó said Hungary would sign agreements with the states in which those institutions are based once all matters are agreed upon. He expressed hope that an agreement would eventually be reached on the future of Budapest’s Central European University as well.

Xu Mei, head of the Provincial Education Commission of China’s Heilongjiang province, attributed the significance of the agreement to Hungarian-Chinese relations being based on cultural and educational cooperation.