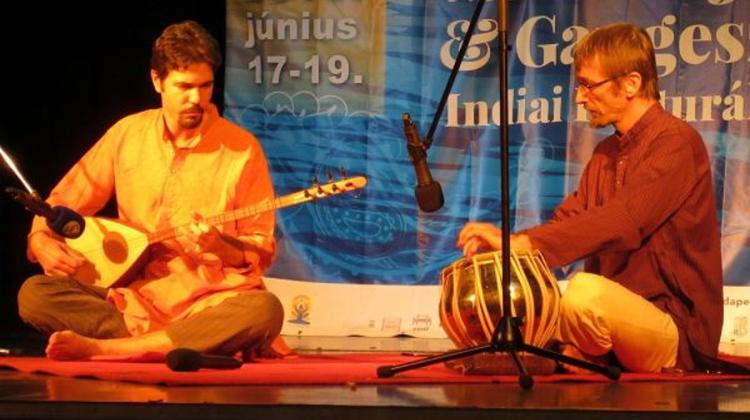 From the organisers: We heartily invite all lovers of music to the opening performance of Amrita Sher-Gil Cultural Centre by Duo Darbar on 9 January, 2018 at 18.00 in the Auditorium.

The acoustic music of the Duo Darbar is rooted in the Eastern musical traditions, based on improvisation. In their programme there can be found both the longer compositions in more meditative tone rooted in the North Indian (Hindustani) music and the shorter, more song-like, danceable pieces that are originated in the Middle-East or African traditions.

Mr Laszlo Fügedi has been playing Eastern music for about 10 years. He has been learning to play the Tabla for 3 years and playing the Saz (Turkish lute) for 7 years, on which he is playing typically his own compositions. He is playing his own compositions too. His second music instrument is the Kashmiri Santoor that he learned in India from P. Bhattacharya and has been bringing into perfection with the help of Jonathan Voyer (Canada).

Mr Tibor Mótyán was born in Szarvas; he has been playing music since the age of 7. He plays the Violin, the Piano, the Bass Guitar, but his name is best known for his Tabla performances. He has been playing the Tabla for 15 years. He has learned in India, from such gurus like Vinode Pathak, Pt. Abhijit Banerjee, Pt. Vinode Lele and Pinak Bhattacharya. Previously, he was a member of the Gayan Uttejak Orchestra, connected to László Hortobágyi, and has been guest musician in several recordings. At present he plays with several Contemporary and Jazz formations in Hungary.

Entry is free, but registration is required.

Registration and more information about the artists here