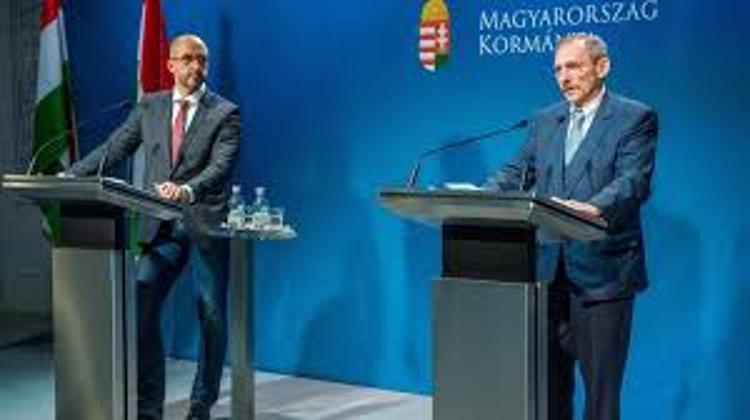 Commentators are sharply divided on the package of bills to be introduced against organisations found guilty of ‘helping illegal immigration.’

Interior Minister Sándor Pintér announced on Thursday that the government is preparing to draft new legislation, which will include a tax on the foreign funding of NGOs who ‘promote illegal immigration.’ Revenue from the tax will be spent on border security, he said. The law will also aim to allow courts to impose restraining orders on individuals found guilty of abetting illegal immigration, by banning them from within 8 kilometres of the borders. The project is nicknamed ‘Stop Soros’.

On Mérce, András Jámbor describes the project as blatantly unconstitutional, and suggests therefore that it is either a Rákosi-style project (Mátyás Rákosi was the communist leader under the Stalinist terror of the early 1950s), or a bubble. He sees the latter as the more probable interpretation and quotes pro-government analyst Ágoston Sámuel Mráz that the project will arm Fidesz with ‘a symbolic defence tool’ for the three months left before the parliamentary elections.

In Magyar Idők, Ottó Gajdics calls it absurd that opposition parties decry the government’s measures as signs of the ‘dictatorship of the majority’. That accusation reveals contempt toward majoritarian democracy, he claims. He considers the question of ‘who we want to share our home with’ as an existential one. In conclusion, he expresses, ‘on behalf of most Hungarians’ ‘full support for the idea of registering and taxing foreign funded organisations which propagate mass immigration.’