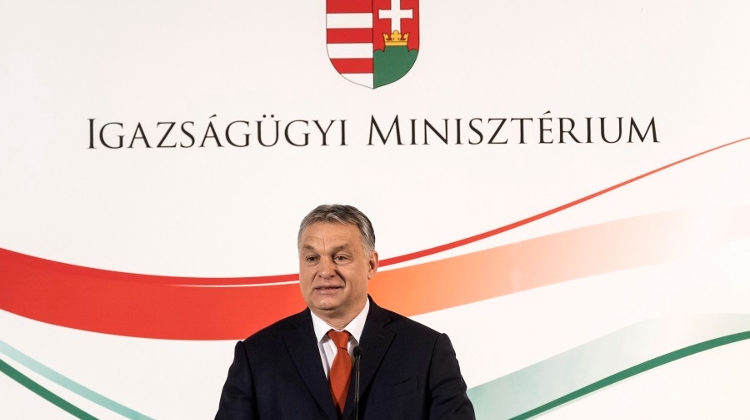 When Hungarians go to the polls on April 8, they will not just decide about their country’s future for the next four years, but for many decades to come, the prime minister has said.

“This will not be a regular election,” Viktor Orbán said in an interview to a local broadcaster in south-western Hungary’s Nagykanizsa.

“There is a struggle going on in Europe,” Orbán said. At its centre is the question of which countries will get to “stay out of the global trend which creates immigrant countries taking in more and more mixed populations, cultures and people without roots”, he said.

The question is whether Hungary, together with Poland, the Czech Republic, Slovakia, Croatia “and perhaps Romania”, will get to “stay out of this and preserve Hungary as a Christian, national, Hungarian country”.

Hungary is a country of religious freedom; everyone has a right to express their opinion, can choose their path in life, their faith and their conviction, Orbán said.

“Men and women have equal rights; here in Hungary we observe the law and consider public safety an asset.” Hungary does not have to deal with terrorism, but these life principles and Hungarians’ way of life “is now at risk”, the prime minister said.