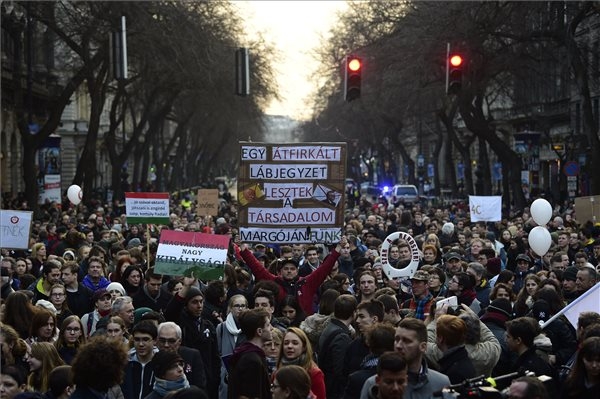 Police have fined several students who participated in the February 23 and March 15 demonstrations and journalists covering those events Ft 50,000 for jaywalking, 444 reported.

During the demonstrations, police asked for the students’ ID and journalists and photographers from the websites 24 and 444 were also asked for theirs. Some were even assured that they will not face charges.

Now they are receiving fines for jaywalking. Police officials said “several people violated traffic regulations,” notably, went from the sidewalk to the road and sat down.

Some 20 people have received a fine. One demonstrator said police had not called on them to leave the road.

“I will certainly not pay the fine, I will take legal action and, if necessary, I will serve my time in prison,” student demonstrator Patrik Kromer told the website Zoom.