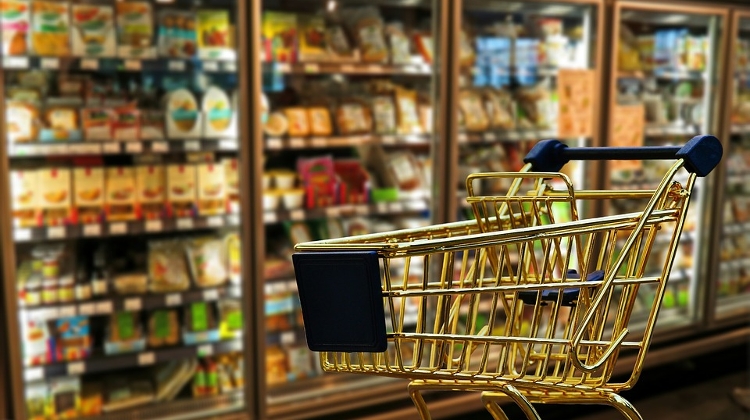 Consumer prices were 2.0% higher on average in March 2018 than a year earlier, up slightly from a 1.9% year-on-year increase in February. The highest price increases were measured for alcoholic beverages, tobacco and food, according to a first release of monthly data from the Central Statistical Office (KSH) on Tuesday.

The highest price increase of 6.8% on average was recorded for alcoholic beverages and tobacco.

Electricity, gas and other fuels were 1.4% dearer, within which firewood became 13.3% and butane and propane gas 5.4% more expensive, while the prices of electricity, natural and manufactured gas and purchased heat were unchanged.

The price of services was up by 1.1%, and that of clothing and footwear by 0.3% on average. Consumers paid 0.4% less for other goods (pharmaceutical products, motor fuels, household products and recreational goods), within which they paid 2.0% less for motor fuels, and 1.2% less for consumer durables.

Core inflation, which excludes volatile food and fuel prices, was a seasonally-adjusted 2.5% in March. CPI calculated with a basket of goods and services used by pensioners was 2.2%.

In March 2018 compared to the preceding month, consumer prices increased by 0.1% on average. Food prices rose by 0.3% month-on-month. The price of services rose by 0.2% and the price of alcoholic beverages and tobacco by 0.1%. The price of electricity, gas and other fuels was unchanged.

In January–March 2018 compared to the first quarter of the previous year, consumer prices went up by 2.0% on average, the KSH said.

Consumer price data for April 2018 will be published on May 9.

In a monthly analysis released after the publication of the KSH data and cited by state news wire MTI, the National Bank of Hungary (MNB) said its measures of underlying inflation developments were "broadly unchanged" in March from the previous month.

"The measures continued to be around 2% and remained below the level of core inflation," it said.

The indicator for core inflation excluding the effects of indirect taxes stood at 2.1% in March, unchanged from the previous month.

The indicator for demand-sensitive inflation, which excludes processed foods from core inflation, edged up from 1.7% to 1.8%.

The indicator for sticky price inflation, which includes items for which retail prices vary, on average, no more than 15% a month, rose from 2.0% to 2.1%.