FM Szijjártó: Budapest-Belgrade Railway Line Must Be Ready By End-2023 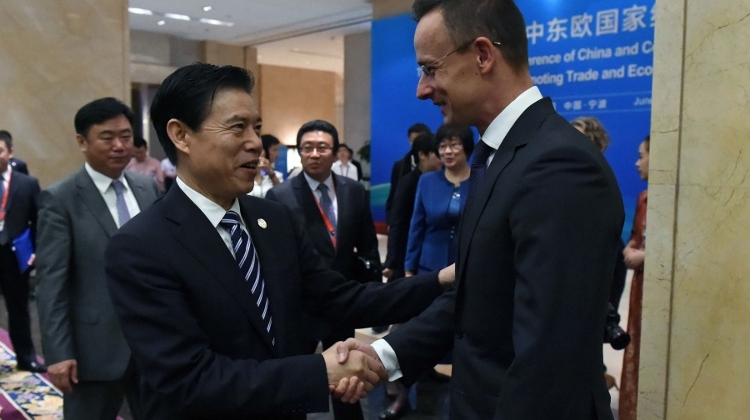 The Budapest-Belgrade high-speed railway line should be completed by no later than the end of 2023, the Hungarian foreign minister said.

Péter Szijjártó held bilateral talks about the project in Beijing with Vice Chairman of the National Development and Reform Commission Ning Jizhe before a meeting of the Hungarian-Serbian-Chinese intergovernmental working group overseeing it.

China wants to significantly increase its export of goods to Europe, Szijjártó told MTI by phone. Goods will be shipped along a maritime trade route from eastern China to Greece’s largest port of Piraeus. From Piraeus, they will be moved via railway, the minister said. Several countries are competing to be included in the railway network that will transport the goods.

Once the Budapest-Belgrade railway line is completed, it will be the fastest route between Greece and inner Europe, Szijjártó said. The project will benefit Hungary and Serbia logistically and financially, and it will create jobs as well, he said.

Hungarian engineers have estimated the budget of the upgrade at 525 billion forints (EUR 1.6bn) plus 10% in reserves, Szijjártó said, adding that talks are still ongoing on China’s loan to finance the project.