Guardian: It Is Time For EU To Kick Out Hungary 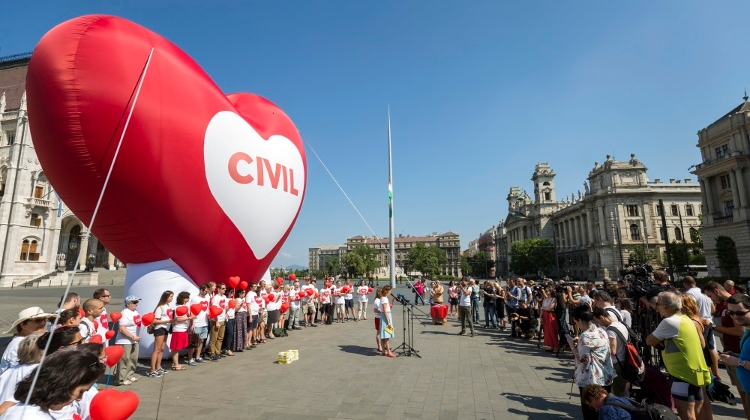 In a recent, scathing opinion piece, the Guardian columnist Owen Jones calls for the European Union to kick Hungary out for “making a mockery of ‘EU values’”.

The criminalisation of NGOs, a recent homophobic scandal and the moving of Open Society Foundations to Berlin from Budapest are among the alarming signs and consequences of the country’s further descent into authoritarianism, he writes.

Jones warns against Hungary’s swift evolution into “an authoritarian nightmare”, where basic democratic norms and human rights are casually breached, a pattern that Europe “cannot afford to ignore”.

He identifies the recently passed “Stop Soros” law as the latest step towards realising Orbán’s famous visions of an “illiberal democracy”.

The law passed makes any assistance to asylum-seekers virtually impossible, as it criminalises any activity that can be described as helping refugees.

Further, it introduces a 25% tax on any NGOs that “support migration”. In other words, NGOs that have anything positive to say about immigrants will be practically fined.

He then adds how Orbán’s anti-Soros campaigns drove out Open Society Foundations from Budapest due to “an increasingly repressive political and legal environment”, and mentions the controversy around Central European University, which may also have to leave Hungary due to legal and political hostility.

According to Jones, “The state media promotes pro-government propaganda and smears the opposition; pro-government media is buying up independent publications; media outlets that are opposed to or critical of Orbán are under growing pressure.”

Jones also recalls a recent scandal involving the Hungarian State Opera, where the musical Billy Elliot was cancelled after a pro-government online paper published an op-ed that claimed it is “homosexual propaganda” that will “turn Hungarian boys into homosexuals” (despite the fact that the only gay character has been cut from the Hungarian state production).

Jones bemoans the fact that all of this is happening with the silent compliance of the European Union, with Orbán’s Fidesz party remaining a member of the European People’s Party, none of whom have reprimanded Hungary.

He calls for the activation of article 7 of the Lisbon treaty which demands that “all EU countries respect the values of the EU”, and also refers to the European Parliament’s civil liberties committee which found 12 breaches in Hungary.

Jones concludes by saying that amidst Brexit or the new Eurosceptic Italian government, the EU’s  “acceptance of its own member states succumbing to authoritarianism may prove its greatest existential threat of all.”