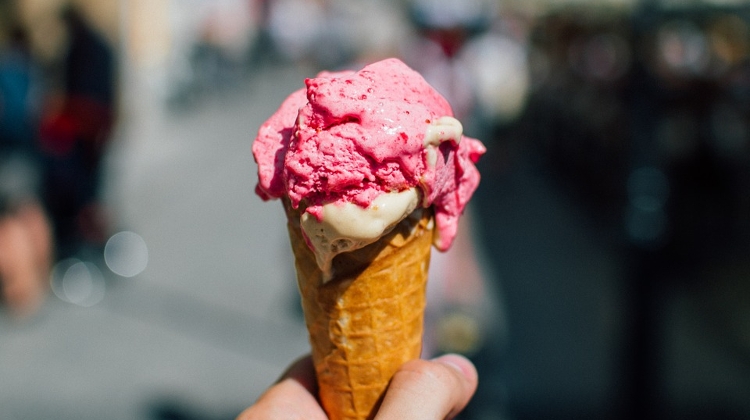 The Association of Hungarian Confectioners has set out to uncover the “fraud” of Albanian ice cream parlours in Hungary, which sell larger portions of ice cream at suspiciously lower prices than their Hungarian counterparts, élelmiszeronline reports.

Bors talked to the president of the confectioners’ association after news about “life-threatening ingredients” in Albanian ice cream started circulating on Facebook.

Although an official at the  National Food Chain Safety Office (NÉBIH) has disproved these allegations, it is certainly true that there is something in Albanian ice cream that makes it possible to sell twice the amount of a Hungarian portion at a lower price.

Balázs Damniczki, a confectioner, has demonstrated the trick in a Facebook video, which is the fatty acid E471. When mixed with water, it is a wonderful tool for volume expansion. According to Damniczki, a more skilled chemist confectioner can produce 2 litres out of 1 in no time with its help.

A good-quality serving of ice cream weighs around 4-6 dkg, while one of lesser quality may weigh double or even more.

And while a 5 dkg serving of ice cream costs 280 Ft in a Hungarian ice cream parlour, the same amount may cost even less than half of the Hungarian price.

This is achieved through a change in the ingredients. Normal ice cream contains milk, a small amount of sugar, yolk, cream, and 30-50% fruit. But as Ferenc Horváth, the president of the confectioners’ association told Bors, Albanian ice cream has little to do with these ingredients.

“They contain water, sugar, aroma and food colouring. And instead of fruit, they use fruit aroma so that it resembles strawberry, raspberry or watermelon.” He went on to add that although Albanian ice cream may taste creamier and lighter, this is due to the enormous amount of additive contained in it.