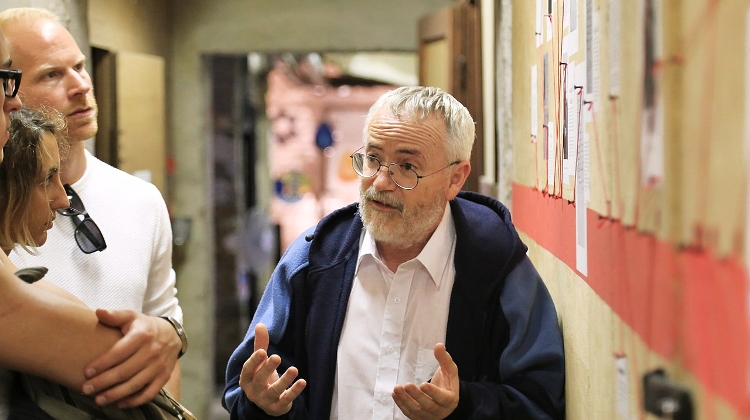 Next to the world famous Dohany Street Synagogue in Budapest, is a lesser known Holocaust Museum located inside what was allegedly a former Nazi bunker.

This underground museum provides guided tours with each ticket, which explains the eerie history of the Hungarian Arrow Cross party.

Leaflets are offered in twelve languages, and guided tours are available every hour in multiple languages as well.

The highlight of this museum is an artwork piece by a local European-Jewish artist, who depicts the tribes of Israel in an ode to Marc Chagall’s windows in Jerusalem.

The museum also shows a video included in the tour, about the life of Hannah Senesh, a Hungarian Jew who returned to her roots in the what was then the Palestinian territory, only to return to Hungary on a secret operative mission to save the Jews - a mission that eventually failed.

In addition to this short film, the museum also offers weekly movie nights every Thursday with films which pertain to Jewish or Israeli history and culture, often to WWII.

Words by Briana Gomez for XpatLoop.com