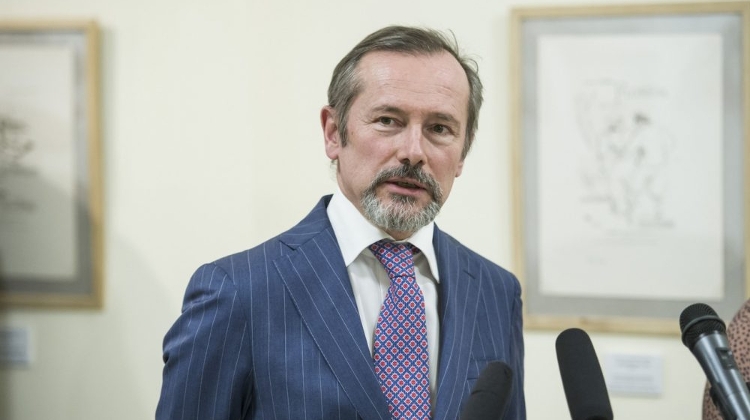 French President Emmanuel Macron replaced his ambassador to Hungary, who – only days before the official announcement – supported Viktor Orbán.

On June 18, France ambassador in Budapest, Éric Fournier (pictured on top) send a diplomatic memo to the French ministry of foreign affairs, and it was leaked by Mediapart on Friday.

According to Fournier, France should change its opinion of Viktor Orban, because he’s not a populist and definitely not an extremist.

He wrote that the so-called „populist” measures of the government are just media fabrications, which are fueled by the „Hungarophobia” of the press. He called Hungary the modern political world’s Real Madrid, because Viktor Orban has won the elections three times in a row.

According to the diplomat, the „rise of anti-Semitism in Hungary” is fiction, and it only distracts from the „anti-Semitism of Muslims in Germany and France”. He stressed that the anti-Soros campaign is not anti-Semitic, and Orban’s migration policy is a model.

A journalist of Mediapart asked Emmanuel Macron about this leak at the press conference he held after the summit of the European Council in Brussels.

Macron – who reacted rather indignantly – said he completely disagrees with everything quoted from the letter and he doesn’t accept Viktor Orban’s political line. He said the memo won’t have any consequences for Fournier, because it was confidential, but he would we sacked if he said it publicly.

Apparently, there are consequences. French news site Courrier D’Europe Centrale reported on Sunday that Macron has replaced Fournier, the official announcement was published on Saturday.

His place will be taken by former OECD Ambassador Pascale Andréani. According to the article, the replacement is not necessarily linked to the leaked letter, it’s possible that Fournier’s term has just expired, as he’s been in office since 2015.