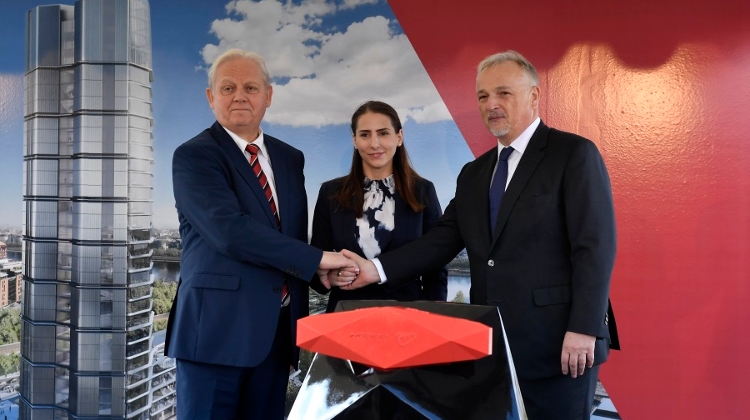 Hungarian oil and gas company MOL laid the cornerstone of its new 120-metre headquarters in the south of Budapest. The 28-storey building will be Budapest’s tallest and is expected to be completed by 2021.

MOL President-CEO Zsolt Hernádi said at the cornerstone ceremony that the building will feature innovative technological solutions not yet seen in Hungary. He said the company’s decision to build a new headquarters that “puts the focus on workers” was in line with its 2030 strategy.

Budapest Mayor István Tarlós said the building will be located far from the capital’s world heritage zone. Earlier this year, Gergely Gulyás, head of the Prime Minister’s Office, said the government had decided to institute a ban on skyscrapers to preserve the traditional profile of Budapest.

MOL’s new HQ, however, will not be affected, as the project had been cleared before the ban was imposed. The ban will apply to buildings over 90 metres tall, and decisions will be taken by authorities on a case-by-case basis for buildings between 65 and 90 metres, Gulyás said.

MOL Gets Permit For Skyscraper