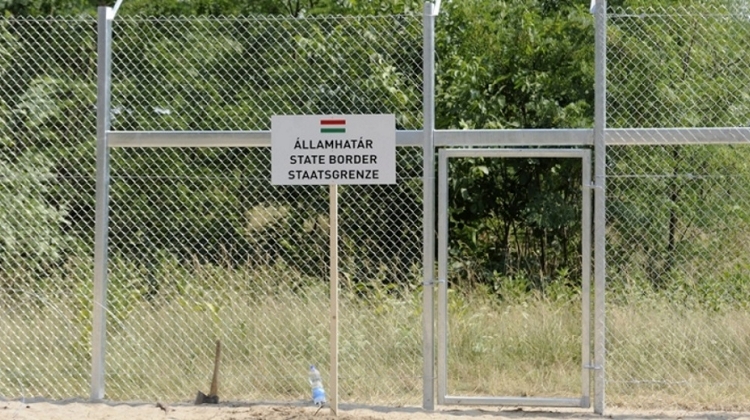 A company owned by a man with close ties to the governing Fidesz party is going to be paid 6.5 billion Hungarian forints (€20.2 million at today’s exchange rate) in total from taxpayer funds in the next five years in return for operating and maintaining the so-called ‘smart fence’ on the country’s southern border.

The company, Metalcom Zrt has already been paid €57.5 million for work related to the border fence. Metalcom is owned by Zoltán Bozó, a former Fidesz-party mayoral candidate.

Átlátszó found the contract signed by the National Police Headquarters (Országos Rendőr-Főkapitányság, ORFK) and Metalcom Zrt in the list of high-value contracts of the police. The signing of the contract was authorized by the Parliamentary Committee on Defense and Law Enforcement. It was signed on September 28, 2018.

The contract is for ‘operating and maintenance’ of the ‘Intelligent Signal System’ at the border. In Hungarian colloquial language that means the ‘smart fence’ on the Southern border.

According to the police, the tender is based on the Hungarian government decree on the ‘state of emergency caused by mass migration.’ This decree allows for special, often closed procedures related to the emergency.

The decree on the state of emergency was announced in 2015, at the height of the European migration crisis and it was valid only for three Hungarian counties. It was extended to the entire country in 2016 for six months.

However, the state of emergency was extended every 6 or 12 months ever since, despite the low number of migrants arriving at the Southern border. The decree is still in effect. It is strongly criticized by human rights organizations and the Hungarian political opposition.

As a response to the migration crisis, the Hungarian government also decided to erect a fence on Hungary’s border with Serbia.

This is not Metalcom’s first contract relating to the fence, it has already won several public tenders related to the construction. News portal Index reported that the company constructed parts of the main fence for 1.72 billion HUF.

It also performed the cleaning for 140 million HUF, installed an ADSS-system for 71 million HUF and it performed drilling under the Tisza river bed for 78 million HUF.

In 2016 Metalcom had an income of 7.1 billion Hungarian forints (approximately €22 million at today’s exchange rate) and their profits were 663 million HUF (€2 million) after taxes.

Who are behind the company?

The owner of Metalcom is Zoltán Bozó, who was the Fidesz-party candidate at the Szentes mayoral elections in 2014. Szentes is a town of 28,000 people in the South of Hungary. Bozó he lost to the candidate of the opposition.

Another shareholder of the company is Dániel Mendelényi who was government commissioner for Chinese-Hungarian relations in 2011.  He was appointed ambassador-at-large after that.