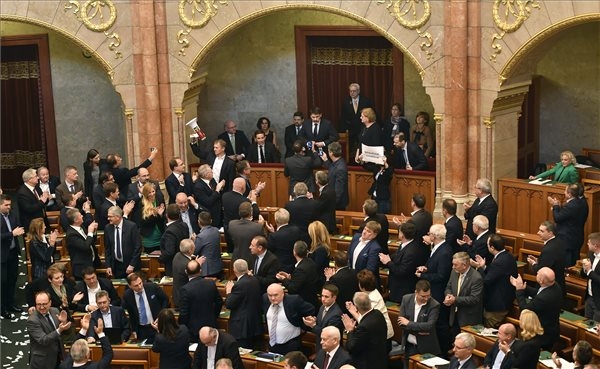 President János Áder returned two amendments - one concerning the State Audit Office (ÁSZ), and another on public administration officials - to parliament for reconsideration on Friday.

According to information on the presidential office’s website, Áder criticised the new stipulations for “creating a decidedly more disadvantageous” conditions for auditors, whose job involves “stricter moral norms and rules of behaviour” than usual, and who are expected to do their work “independently and at a high level, promoting the public interest”.

Áder also objected to the legislation’s ensuring broader powers to the head of ÁSZ, without “regulating the scope and details”, which, he said, was not in line with the constitution.

The president criticised stipulations under which employees dismissed could find another job in the public sector for a period of time “disproportionately long” compared to the severance payment they are entitled to, an amount which is aimed at “providing financial security for the interim”.

The amendments were passed by parliament on December 12.