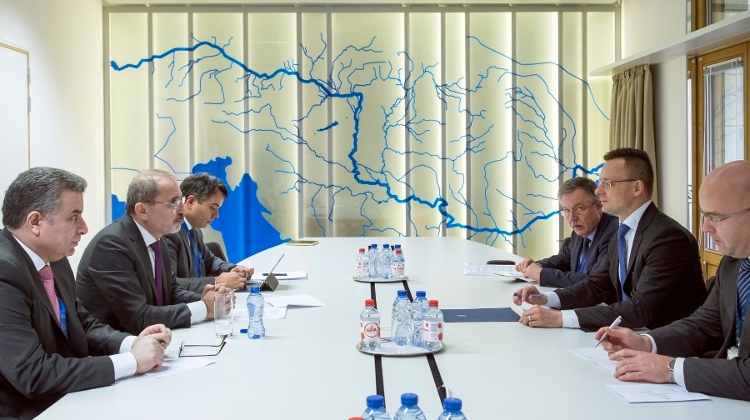 Foreign Minister Péter Szijjártó on Friday called the European Union’s policy on China “hypocritical” and said cooperation between the bloc and Beijing was in the interest of the whole of Europe.

It is also in Europe’s interest that central Europe should develop its infrastructure by utilising Chinese funds, Szijjártó told public media on the sidelines of an informal meeting of EU foreign ministers in Bucharest.

Romania, which currently holds the rotating EU presidency, put EU-China relations on the agenda of Friday’s meeting and EU candidate countries have also been invited to the second part of the talks.

Szijjártó said it was obvious that China would soon become the largest economy in the world and the success of European cooperation with China would therefore be vital for the competitiveness of Europe. He said companies from the East and the West were now equally dictating the speed at which global economy changes and in many industries the technologies required for future competitiveness are developed and first introduced in the East.

“As a result, cooperation with the Chinese is especially important because if the EU cannot cooperate with China then the latest technology in many industries will be inaccessible to us and this would result in a drop in Europe’s competitiveness,” he added.

The EU’s China policy is “hypocritical” under the current circumstances when trade turnover increased by more than 30% in one year, reaching almost 600 billion euros last year, Szijjártó said. He argued that the countries which had the largest turnover, including Germany, France, Italy, the UK and the Netherlands, were also the loudest critics of China.