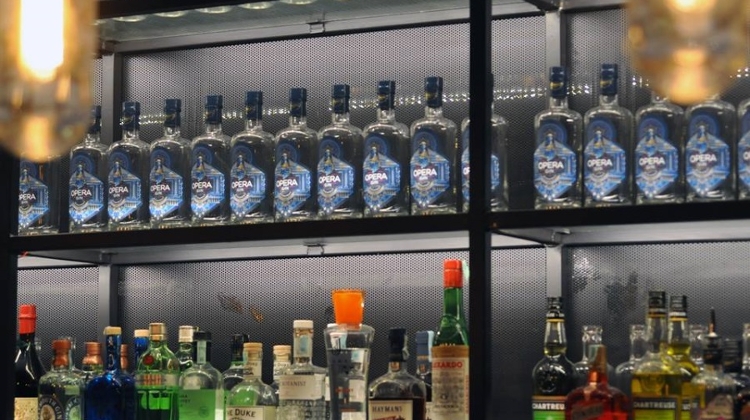 The distillery at the Újpest industrial site is the first in the country to produce only gin. The factory also offers a visitor center, where guests can sample Opera Gin either neat or in cocktails in a 1920s setting.

According to co-owner Bálint Dámosy, the name Opera Gin was chosen because his family has been living near the Opera in Budapest for a century.

The logo and label of the drink also incorporates elements from the Opera, such as the sign of the Opera metro station and the buildingʼs iconic Sphinx statue. The design, incorporating secessionist elements, was created by Graphasel Design Studio.

"The popularity of turn-of-the-century romanticism and the café and variety hall culture is unbroken, and the epicenter of this is still the Opera House," explains Dámosy.

Interestingly, Dámosyʼs family has no history of distilling alcohol. The co-owner himself was originally a lawyer before venturing into the world of gin.

Today, he has the highest (level four) degree attainable from the Wine & Spirit Education Trust (WSET), the London-based organization that arranges courses and exams in the field of wine and spirits. He founded First Hungarian Gin Manufacture in 2018 with help from his family and friends.

The gin itself is a London Dry-type gin, clocking in at about 45% alcohol, which means that Opera Gin Budapest could only be crafted following strict regulations. The juniper in the gin comes from the Kiskunság region, a domestic source.

The spices used during distilling include classics such as angelica root, orris root, coriander seeds, and grapefruit peel, as well as more exotic components like cubeba pepper and lavender.

"Apart from these, we wanted to sneak a taste in Opera Gin that elegantly and subtly refers to us Hungarians," Dámosy notes. The unique Hungarian twist that complements the ginʼs juniper-citrus flavor profile is the incorporation of poppy seeds into the recipe.

Apart from the recently launched Opera Gin, the distillery is also experimenting with a second recipe that it expects to launch later this year, with this second variant focusing on cocktail bars as its main target group.

The factory also aims to shoot for the international market. Visitors to the Vienna Gin Festival in May - by happy coincidence held at the  historic Semperdepot, a one-time scenery storage building of the Vienna Opera - may encounter the distilleryʼs stand, where Opera Gin will be the first Hungarian gin to ever feature at the event.

The gin will also be presented in the "newcomer section" of the Junipalooza in London this summer.

Photo courtesy of the venue.