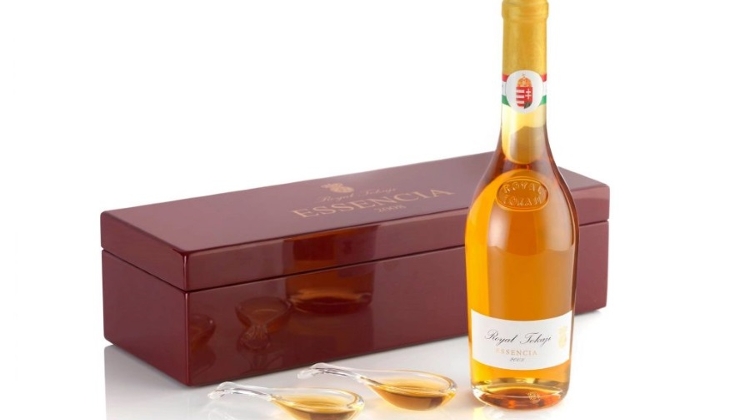 People often ask themselves the question: how much is too much to pay for a bottle of wine? A newly-released wine from 2008 values approximately $40,000 (34,000 EUR) which makes it the world’s most expensive one.

The wine is called Tokaji Essencia 2008 and is the most expensive wine in the world because of its production process and scarcity – reports Fortune.

To produce a single bottle of this magnificent wine, makers need more than 400 pounds of the finest Tokaj grapes and very long maturation time. It is essential that each grape must be harvested by hand.

This procedure makes Essencia the most labour-intensive wine on the globe. Because of its time-consuming and expensive process, only eighteen lucky buyers will have the opportunity to purchase one bottle of this rare wine.

Tom Hudson, director of London-based Farr Vintners, Britain’s largest purveyor of fine wine, reported that: “2008 is recognised to be an exceptional vintage, and Essencia is the kind of wine that can age for 100 years or longer.

I think the reason they’re doing this is that they’ve got something that is essentially unique—it’s a very exclusive, limited edition kind of thing.” – That is especially true considering the limited number of Hungarian Essencia available on the market.

The sweet wines produced in Hungary’s Tokaj region rely on the botrytis cinerea mould—or so-called “noble rot”— to dry out grapes on the vine, shrivelling them like raisins and boosting sugar concentrations in the process.

These so-called Aszú grapes must be harvested by hand, after which their sugary juice is added to a base wine for fermentation. From there, winemakers tinker with various styles and levels of sweetness, producing a broad spectrum of Aszú wines.

Although Essencia is different from Aszú wines because it is made entirely from the juice of Aszú berries without any base wine in the mix to dilute its sweetness.

The fermentation of this liquid lasts up to eight years due to its high sugar concentration from the grapes. Not every vintage Aszú grapes are “worthy” for these tasks which means that the bottling of Essencia is only possible when nature allows it.

Charlie Mount, Royal Tokaj’s managing director, reported that: “Everything we’ve done since [1990] has been in pursuit of returning that wine to its rightful place. At the beginning of the 21st century, Tokaj Aszú was once again the world’s most expensive wine. This really is to say to the world very confidently: Tokaj is back.”

The first bottle of Essencia has already been shipped to Beijing, China.