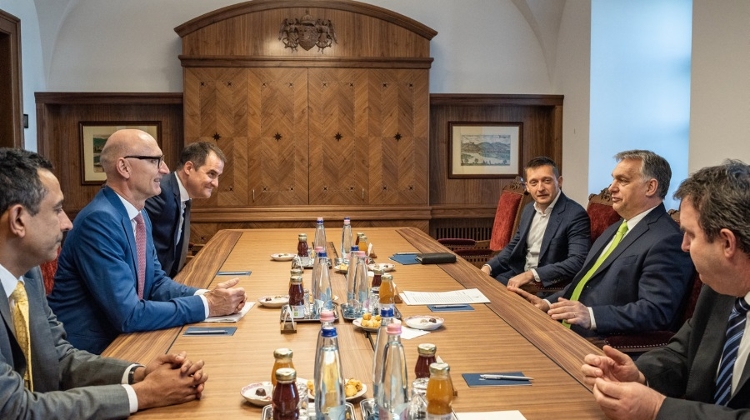 The parties reviewed the opportunities and challenges for the digital development of Hungary, as well as the joint results achieved to date in this area.

Mr. Höttges said that Magyar Telekom continues to be committed to digital development in Hungary and is playing an important role in building up-to-date mobile and landline infrastructure.

He added that developments could be accelerated if market participants could direct some of the funds from sector-specific taxes towards this.

Between 2014 and 2018 the company spent nearly HUF 240 billion on network development in Hungary, and as a result its Gigabit wired network has reached one million people, and the Hungarian 4G network is among the most advanced in the world.

The company directors said that Magyar Telekom's long-term goal is to provide Gigabit network capability throughout the country.

At the beginning of the year the company launched its first standard 5G test station in Zalaegerszeg city centre and, together with its subsidiary T-Systems Hungary, it is building a 5G test network at the city’s automotive test track.

The parties agreed that a crucial factor for Hungary's future is the extent to which it can make use of the opportunities offered by digitalisation.

It was stated that the regulatory environment, investment incentives and frequency management are all tools that can help to rapidly build a "Gigabit society" in Hungary.

At the Friday meeting it was agreed that pursuing common goals and joining forces can enable Hungary to become the region’s major digital player.