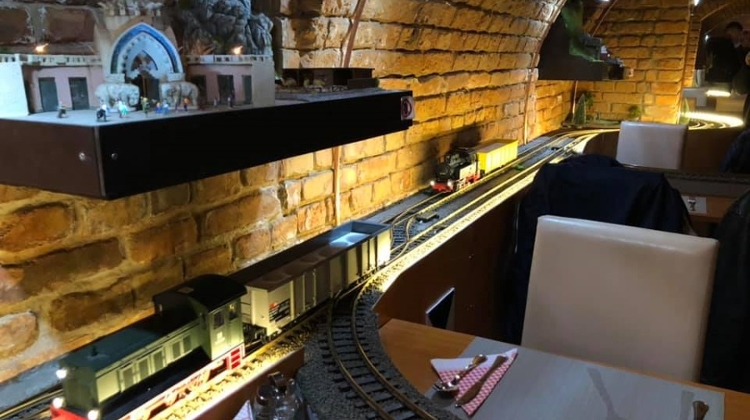 In a restaurant next to Keleti Pályaudvar, a model railway layout has been built where trains brings the beers to your table.

As reported by szeretlekmagyarorszag.hu, Lakomativ just opened a couple of weeks ago and can be found at the beginning of Verseny Street.

It is the first restaurant of its kind in Hungary and beer plays a crucial role in their service. A modeller’s paradise, the railway within the restaurant is very well built and has all the bells and whistles of a layout that anyone can ask for.

The model boasts 9 trains that can all run simultaneously and the buildings have been constructed with extraordinary detail – the facades have intricate designs and inside them visitors can see the day-to-day lives of their miniature figures.

The trains do not bring your food, beer is promptly delivered to your table by the miniature trains.

Even though the trainset, which cost just over €60,000, is not allowed to be touched by visitors, children are also welcomed to dine at Lakomativ.

Despite being relatively hidden amongst the local blocks, Lakomativ’s innovative design will no doubt attract domestic and foreign visitors alike.

Whether you are passing by on  an interailing trip or staying in Budapest for a longer period of time, it is definitely a restaurant not to miss.