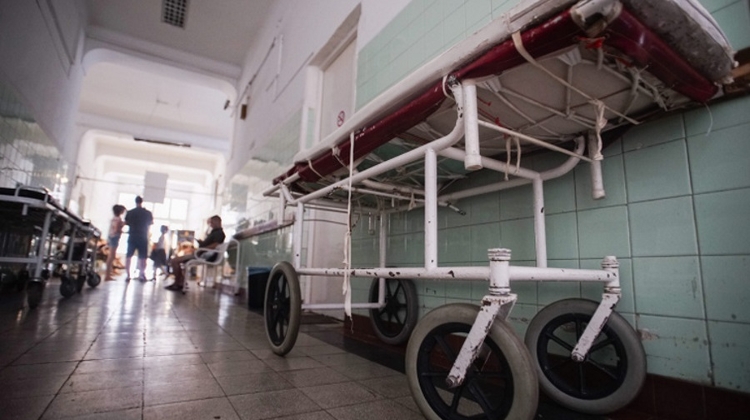 Two in three Hungarians would prefer to use private health services or seek treatment abroad, says a survey by CIG Pannónia Life Insurance.

Opinions of the quality of state healthcare are the most negative among those aged 56 or over, with a third describing services as "very bad."

The survey, conducted on a representative sample of 1,000 people, finds a lack of preparedness to deal with the financial costs of ill health, according to a summary by business news site vg.hu. Overall, almost half of those surveyed lack the savings that would be required to pay for treatment should an emergency arise.

Facing potential costs in the range of HUF 100,000-200,000, only one in 20 Hungarians say they would be able to cover the costs, although those aged 56 or over are somewhat better prepared, with one in ten saying they have sufficient funds set aside.

Parallel with this, the younger generations are increasingly looking at private care or treatment abroad, says the survey.

In terms of choice of doctor, the survey shows that almost half of participants choose based on the recommendations of family or friends, while almost one fifth give priority to the proximity of the given medical services.

If cost were not an issue when selecting healthcare services, the survey reveals that more than half of people would go private in Hungary in the event of illness requiring hospital treatment, while fewer than one in five would recuperate in a state facility. However, the older generation remain more trusting in public healthcare, with almost one quarter saying they would still prefer state hospitals.

Some 15% of those surveyed said they would seek treatment in another country for illness requiring a hospital stay.