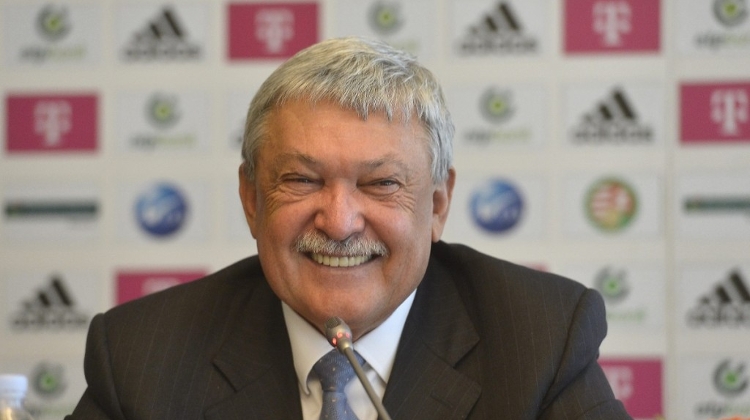 OTP Bank Chairman-CEO Sándor Csányi (pictured on top) leads this yearʼs list of the "100 Richest" Hungarians with wealth of HUF 360 billion, followed by oligarch Lőrinc Mészáros - a close ally of the government and Prime Minister Viktor Orbán - who has wealth of HUF 296 bln.

This year marks the 18th occasion banker and food industry magnate Csányi, aged 66, has topped the list, according to a press release.

Behind him and Mészáros comes György Gattyán, the owner of the Docler Group who initially made his fortune in online adult entertainment, with an estimated wealth of HUF 280 bln.

To crack the top 10, an individual had to have wealth well over HUF 100 billion, with 10th-placed László Szíjj, owner of Duna Aszfalt, coming in at around HUF 110 bln.

According to the publication, which is edited by Péter Szakonyi, a leading journalist of business news portal napi.hu, the total wealth of the top 100 richest Hungarians came to some HUF 4.633 trillion. This represents an increase of HUF 356.5 bln compared to last year.

Ten years ago, the total wealth of all 100 people on the list amounted to just HUF 1.614 tln; napi.hu notes that 55 names that featured a decade ago are no longer to be found on the list, signaling a stark changing of the guard as regards Hungaryʼs super-wealthy.

Among the newcomers on the list, real estate developer and investor István Tiborcz, who is Orbánʼs son-in-law, assumed the highest position (32nd), with wealth of HUF 35 bln. At 33 years of age, Tiborcz is also the youngest person on the list.

Some 40 of the 100 people on the list are more than 60 years old, with 12 above the age of 70. However, the press release notes that the vast majority of the older people on the list still take an active part in leading their companies.

The "100 Richest" publication also contains an "Influence Barometer," listing those regarded as the most influential figures in Hungary, based on subjective judgements of a panel of 11 analysts.

Once again Orbán tops the list of the most influential figures, while the overlap with the rich list is apparent in the presence of Csányi in 2nd place and Mészáros in 3rd. Fourth on the list is György Matolcsy, governor of the National Bank of Hungary (MNB).

The list reveals the increasing influence of political figures such as Antal Rogán, head of the prime ministerʼs cabinet office, and Minister of Interior Sándor Pintér, respectively rising to 5th and 6th. Napi.hu notes that the top 20 is dominated by government figures and/or businesspeople close to the governing party Fidesz.

The publication also draws attention to the high place occupied by Tiborcz on the list of influencers, coming in at 22nd, significantly ahead of his 32nd spot on the rich list.