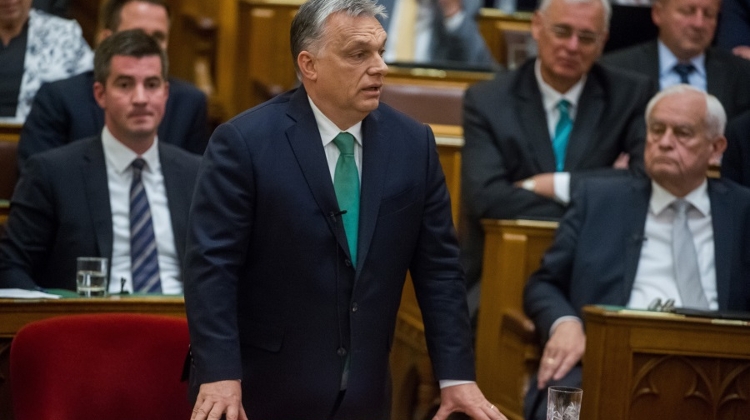 Hungarians want to see European leaders “working to stop migration rather than organise it” the prime minister said. They want leaders who “respect Europe’s nations and seek to protect Christian culture” and for whom the interests of the European people always come first, he added.

Commenting on the Fidesz-Christian Democrat alliance’s showing in Sunday’s ballot, Orbán said the ruling alliance had achieved a “record victory amid a record turnout”. Fidesz won the ballot with 52.44% of the vote, handing it 13 EP seats.

Orbán said Hungarians had proved that Hungary is a European nation, a European country, just as “Europe is also our homeland”. He said voters had given the government a strong mandate and “entrusted us to represent change in Brussels”.

“It is an assignment, and we will do our utmost to represent the will of Hungarians in European politics as best we can,” he said.

The ballot also made it clear that Hungarian voters want the government to continue the work and follow the path it has embarked on, the prime minister said.