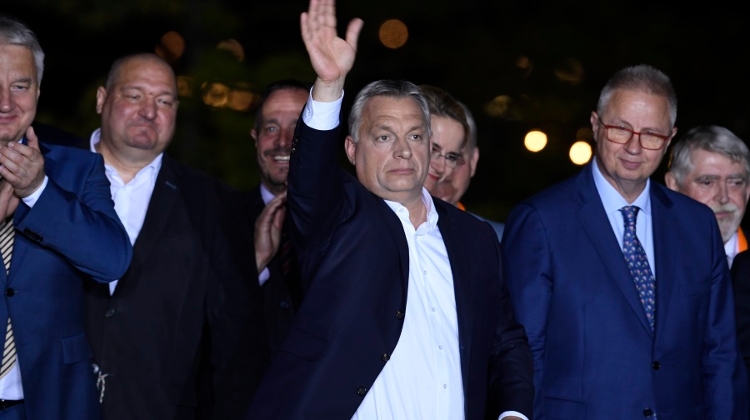 “For us, Hungary comes first in Brussels,” Orbán told crowds gathered on the banks of the Danube.

“We’ve achieved a record victory amid a record turnout”, he said. “We all know that the migration wave launched the beginning of a new era in European politics, so we can safely say that we’ve achieved an epochal victory.”

Orbán thanked voters whose support conveyed that “Hungary should remain a Hungarian country and Europe should belong to the Europeans”.

He said Hungarians had entrusted the ruling alliance with three objectives: to stop immigration across Europe, to protect a Europe of nations and to protect Christian culture in Europe.

Orbán said that it was now clear that Hungarians think that change is needed in Brussels.

Leaders who represent the interests of European people and who respect Europe’s nations are needed, he said. Also leaders “who are proud of our two-thousand-year-old Christian culture” are in demand, he said.