Eating Out Habits Of Hungarians Revealed 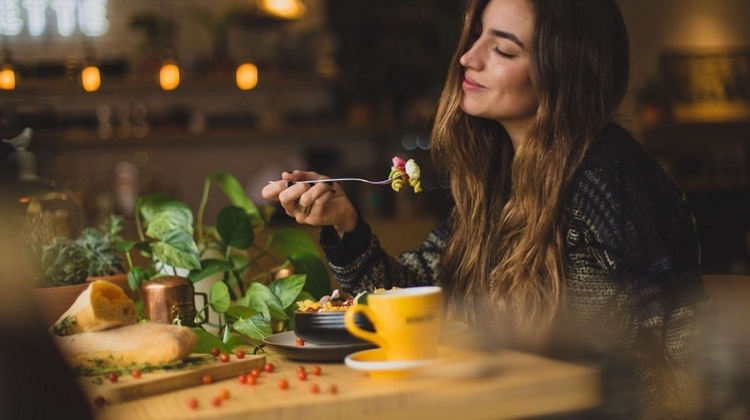 Hungarians usually spend in the range of HUF 2,000-5,000 on a main dish at a restaurant, with traditional Hungarian cuisine being the most popular, followed by Italian and Greek, according to research by Bónusz Brigád and GKI Digital.

The research reveals that while every fourth Hungarian visits restaurants they already know, more than half of respondents said they like to try new flavors. In the 25-39 age group, this rate is even higher, at nearly 75%.

On foreign trips, half of the respondents said they try out local dishes, but only if they donʼt contain any unusual ingredients. They consider this to be particularly important, and a natural part of the holiday experience, similar to sightseeing.

The data show that residents of the capital are more likely to try out new places than those living in the countryside, but this is also due to a wider range of services available in Budapest, the research notes.

Most people choose traditional restaurants if they do not eat at home. The survey reveals that 87% of respondents like this form of away-from-home dining.

However, among respondents aged 18-24, 80% said they prefer fast food restaurants to traditional ones. The popularity of traditional establishments grows exponentially in age groups of 50 and above.

In the case of Hungarians looking for a quick bite, fast food chains are most popular, with 37% naming them their favorite hunger solution, followed by gyros/kebab sellers (35%), and Chinese food (30%). Surprisingly, pizza only came in fourth (27%).

Chinese restaurants rank first in the 18-24 age group, while those aged 25-29 prefer pizza and gyros. In terms of gender, the biggest difference was in the case of fast food chains: more women (40%) choose this form of eating than men (30%).

The survey also asked respondents about their favorite cuisine. Some 87% said they considered Hungarian cuisine among their favorites. Italian food was in second place, with 76%, with the rate being even higher among people in their 30s. Greek cuisine occupied third place, followed by Chinese. Respondents in the 18-29 age group said they are particularly fond of American and Mexican food as well.

Some 94% of respondents revealed they have tried pizza at least once in their life, Bónusz Brigád and GKI Digital says. Some 81% said they have tasted Balkan grilled meat speciality ćevapčići, while the rates of those who have tried Italian gnocchi, Middle Eastern sweet baklava, or Jewish specialty cholent is also above 70%.

While considerably fewer people said they have ever eaten coleslaw, parmentier or Vietnamese pho soup, nearly half of respondents said they would be open to learning how to make such dishes, with nearly 70% of those aged 18-29 keen on participating in a cooking course.

About 72% of Hungarians tend to look up reviews of restaurants on the internet, while 60% take into account the recommendations of friends and acquaintances.

Among the younger generations, the number of respondents relying on such recommendations is even higher (76%), while the huge majority of people in their 30s (91%) check the internet for information.

Somewhat interestingly, even in the digital age, 42% of people tend to visit restaurants spontaneously. Most people consider a price of between HUF 2,000 and HUF 5,000 realistic for a main dish.