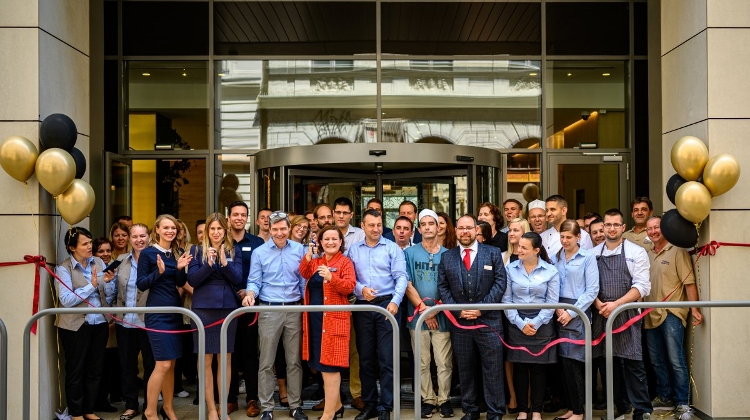 "It is not surprising that 1.7 million visited Budapest with its picturesque sights and thermal baths in the first half of 2018," notes Simon Vincent, executive vice president and president of Europe, Middle East and Africa at Hilton, according to a press release sent to the Budapest Business Journal.

"Celebrating Hiltonʼs 100th anniversary, we are proud to be opening the Hilton Garden Inn Budapest hotel in the heart of the Hungarian capital."

The bar offers cocktails made on the spot and local craft beers. The hotel also provides free WiFi, a 24-hour business center, a modern fitness center, and a non-stop shop where guests may browse healthy and fresh food or have a coffee at the self-service café, says the press release.

"By opening Hilton Garden Inn Budapest City Center, the hotel chain enters another new market, with quick global expansion defining the chainʼs year," says John Greenleaf, senior vice president and global head of Hilton Garden Inn. "The elegant, yet affordably priced accommodation found in the heart of the historical city will be a popular choice for visitors to one of Europeʼs most popular travel destinations," he adds.

The hotel has three modern event rooms, with the largest having capacity for 100. The roof terrace offers a panoramic view of the city.

Hilton Garden Inn Budapest City Center is a member of the Hilton Honors loyalty program. Members who book directly receive immediate benefits like flexible payment, meaning that they are able to pay with any combination of loyalty points and money, says the press release.